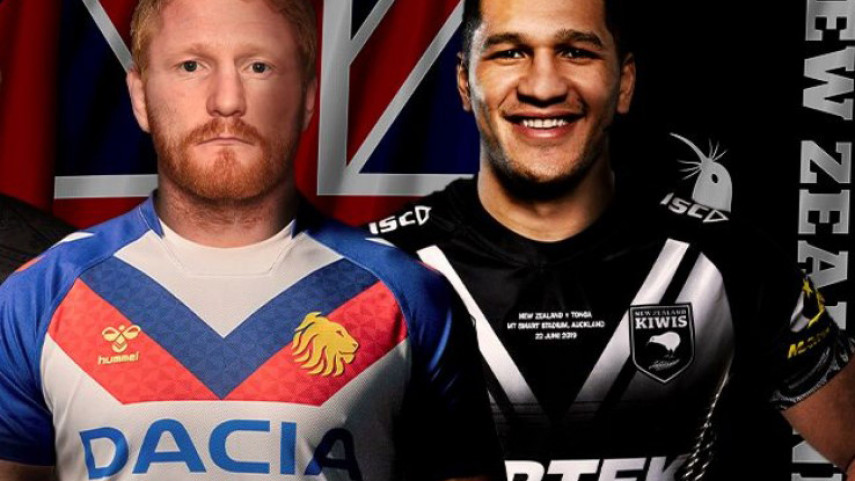 International rugby league kicks back into action in Christchurch this weekend as the Kiwis chase down a win over the Great Britain Lions in a historic clash.

After a 12-year hiatus, the Lions aim to re-stake their world stage claim while the Kiwis will plot a fresh game to halt a powerful British attack at Orangetheory Stadium on Saturday night.

In a double-header sure to thrill league fans, Papua New Guinea’s Kumuls will also face Fiji Bati in an inaugural Oceania contest earlier in the day.

Christchurch City Council Head of Recreation, Sports and Events Nigel Cox says the Kiwis-Great Britain clash offers many people a once-in-a-lifetime opportunity to see the Lions play in the city.

“The comeback of the Great Britain Lions revives a remarkable sporting tradition, and Christchurch is an integral part of that journey,” Mr Cox says.

“We are hosting one of the first recognised Great Britain league tests since 2007 and a team led by legendary coach Wayne Bennett.

“To witness the return of the Lions is exciting for all sports fans. The Christchurch test also sets the scene for a strong build-up to the 2021 Rugby League World Cup in England.”

The Great Britain series also marks the return of the Rugby League Lions to the southern hemisphere – a long wait for a Kiwis side eager for revenge after a 3-0 series loss in the UK in 2007.

“From the power and flare of our Pacific nations to the long-awaited return of the GB Lions, these tests will shine a big spotlight on our game,” he says.

Ruby league fans will also have the opportunity to see veteran Benji Marshall in action as the Wests Tigers five-eighth celebrates his role as the most-capped Kiwis skipper.

Host city sponsor ChristchurchNZ encourages sports fans to arrive at Orangetheory Stadium early to avoid missing any of the action.

The gates will open at 4.30pm on Saturday for this epic double header, with Fiji facing Papua New Guinea at 5.20pm, followed by the Great Britain Lions-Kiwis clash at 8pm.

Tickets start at $12 for a child and $22 for an adult and are available from Ticketek or at the gate on game day.