Laze away your Sundays with city sounds 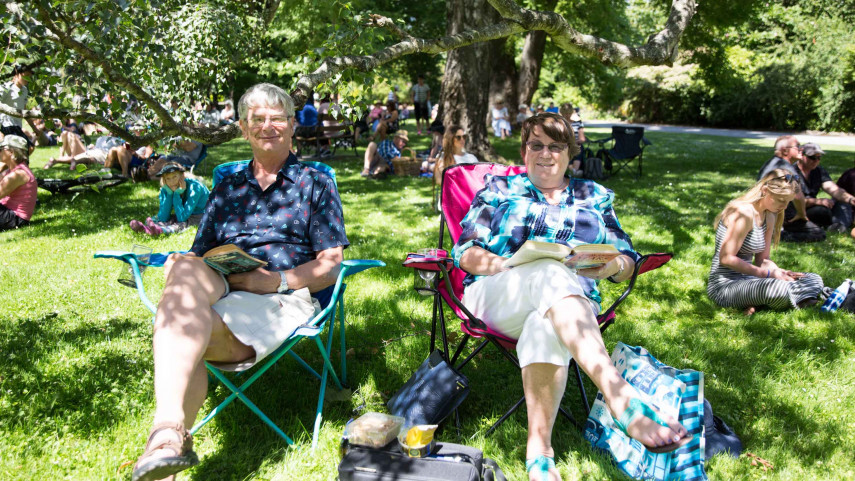 Celebrate summer as Deep South Lazy Sundays pops up in Rauora Park this weekend before setting the scene for the rest of the musical programme in the Botanic Gardens.

People can pack a picnic and head to the central city park to enjoy the opening session from 3.30pm. Indie-alternative music duo The Response will be centre stage on Sunday, along with soul-tinged rock ’n’ roll band Adam Hattaway and the Haunters.

A further five Sunday musical sessions are being held on the Archery Lawn in the Botanic Gardens from 19 January, before winding up on 16 February.

Christchurch City Council Events and Arts Manager Lucy Blackmore says thousands of people will head to the concerts over the next few weeks.

“We have also decided to switch things up this year by making the most of two wonderful city venues – one new and the other a perennial favourite,” Ms Blackmore says.

“It is an opportunity to bring a picnic and enjoy these feel-good outdoor concerts as they provide the perfect summer soundtrack in chill settings suitable for all ages.

“We have a brilliant independent music community in our region and these shows present a fantastic chance to revel in some of the best locally produced music.”

Folk and country duo Coyote (Holly Arrowsmith and Amiria Grenell) and the psychedelic folk sounds of Tiny Pieces of 8 will help you while away the afternoon on 26 January.

Ending the Sunday sessions on a powerful note, New Zealand Opera and Atlas Voices will join forces to present Opera in the Gardens on 16 February.

Deep South will also be on-site serving ice cream while The Breeze will be running a free toppings bar.