Lest we forget: Armistice Day centenary 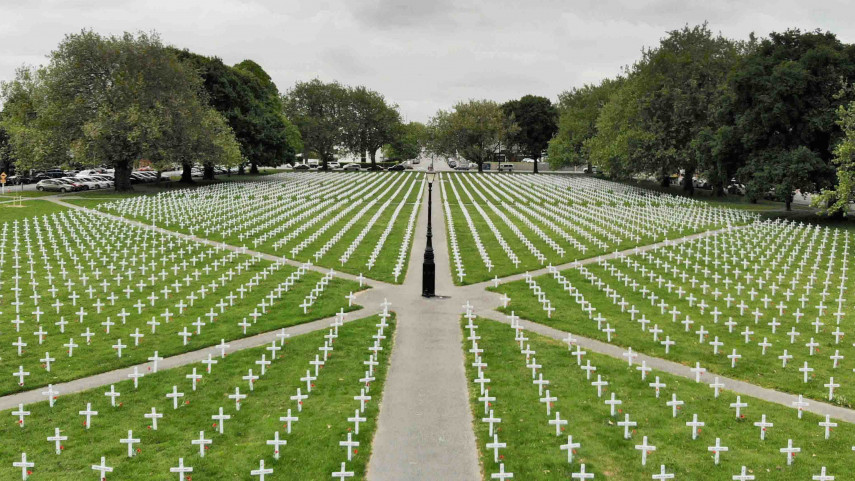 People are being invited to gather at the Bridge of Remembrance at 11am on Sunday to mark the centenary of the end of World War I.

The armistice treaty between the allies and Germany silenced the guns after four years of battle.

The parade will start at 10.55am in Cashel Street, forming up to face the monument that links Oxford Terrace and Cambridge Terrace over the Avon River. The Field of Remembrance in Cranmer Square.

Mayor Lianne Dalziel will read a poem following a welcome from the Christchurch RSA.

Wreaths will then be laid by the Mayor and service representatives. The Cathedral Choir will perform prior to blessings by the Very Reverend Lawrence Kimberley and Father Dan Doyle.

The Remembrance Sunday service will end at noon.

Nearby in Cranmer Square, a field of white crosses marks the centenary of the Great War.

In total, 4389 crosses and one Star of David depict the heavy losses suffered by Canterbury families.

Red poppies symbolising hope and regrowth sit by each marker.

Nearly one in five New Zealanders did not return.

The Fields of Remembrance – such as the one in Cranmer Square – throughout the county mark their selfless service and a young nation’s massive loss.

In Akaroa, the Armistice Day service will be held at the Banks Peninsula War Memorial. People are asked to assemble at 10.50am.