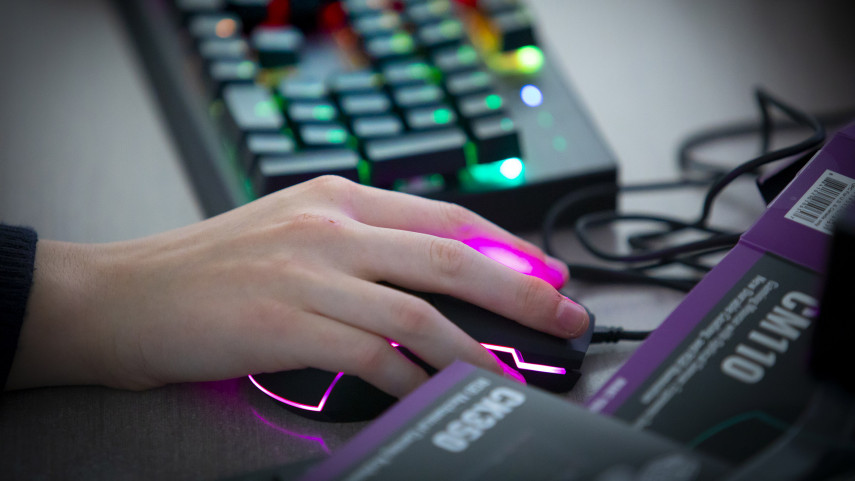 There was great enthusiasm from a group of young Esports enthusiasts who got to unbox and try out a new collection of keyboard and mice units at Upper Riccarton Library recently.

The junior students from Riccarton High School were invited by Sport Canterbury, who have donated 65 units for use across the Christchurch City Libraries network. 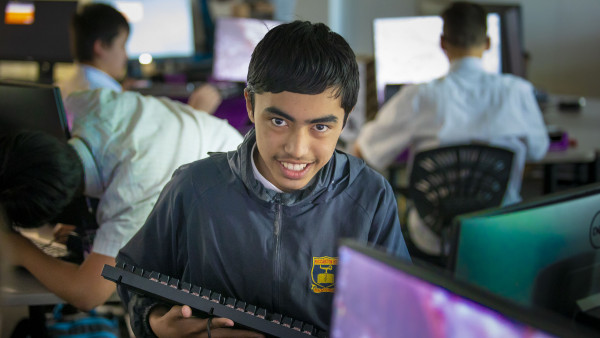 “Better than my one at home.”

“Feel the power of the keyboard.”

It used to be that physical activity was considered a prerequisite for sporting codes – think  football, athletics, cricket or surfing.

Now Esports is beginning to challenge that perception.

Video game competitions that can be played in teams and watched by online audiences, Esports is increasingly popular with young people.

Many secondary schools now consider it a legitimate sport and there are national competitions where players can test their skills.

“This is an opportunity for them to represent their school in a team sport.”

Esports has been discussed by the International Olympic Committee for possible inclusion as an Olympic sport and is played professionally in international competitions.

To support young people who have an interest or a passion for Esports, Sport Canterbury purchased the units for use across the library network.

Haututū Systems Innovator at Sports Canterbury Jason Pemberton says Esports are a way for people to engage with each other in a fun, safe way “that is fundamentally really social and requires a whole lot of skills.

“Strategic thinking, communicating effectively in high pressure situations, managing conflict, dealing with failure and with success – there are a lot of transferrable skills from e-sports that are really useful across life.”

“We’re right behind the idea that libraries are the ‘playing field’ of Esports in Christchurch. It means young people have equitable access to something both entertaining and educational.”

Along with Upper Riccarton the new keyboard sets are located at Tūranga, South, Te Hāpua: Halswell and New Brighton libraries.

Christchurch libraries also provide Playstation game consoles and have a large collection of books for people who enjoy video games.