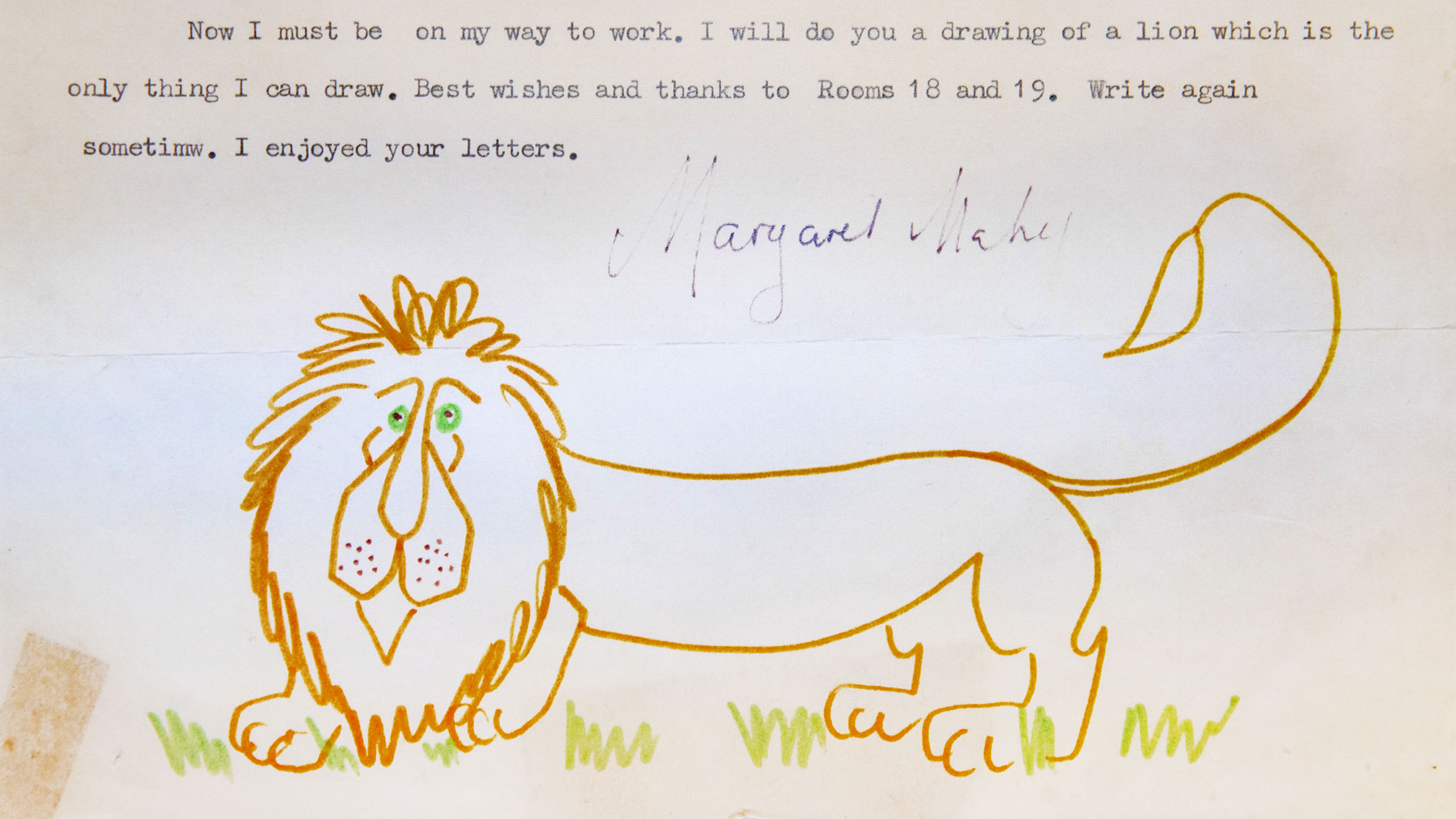 An original copy of A Lion in the Meadow recently rescued from a rubbish skip has revealed a special treasure from one of the world’s most-loved writers of children’s stories.

When the finder opened the School Journal featuring the popular story, she was surprised to see what fell out – a 40-year-old letter written to children by the author herself, Margaret Mahy.

The letter is now on display at Tūranga, Christchurch’s central library, as part of a 50th anniversary exhibition for Mahy’s first book.

When she wrote the letter to a group of youngsters in 1979, Mahy was the Children’s Librarian at the Christchurch Public Library.

In the letter, Mahy talks about her “all day” job as the Children’s Librarian and thanks the children for sharing their projects on her books.

Mahy says it is “usually quite late when I sit down to write stories”, adding that she sometimes uses “bits of dreams” in her writing.

She writes that it is easy to imagine witches and dragons “doing ordinary things, like washing the dishes or riding on buses”.

“We were thrilled to receive the School Journal and letter, just as we were putting the finishing touches on a special exhibition to mark the anniversary of Mahy’s magical book,” Ms Rankin says.

“A serendipitous find will now take pride of place at Tūranga as the memory of a wonderful writer – and Children’s Librarian – lives on.”