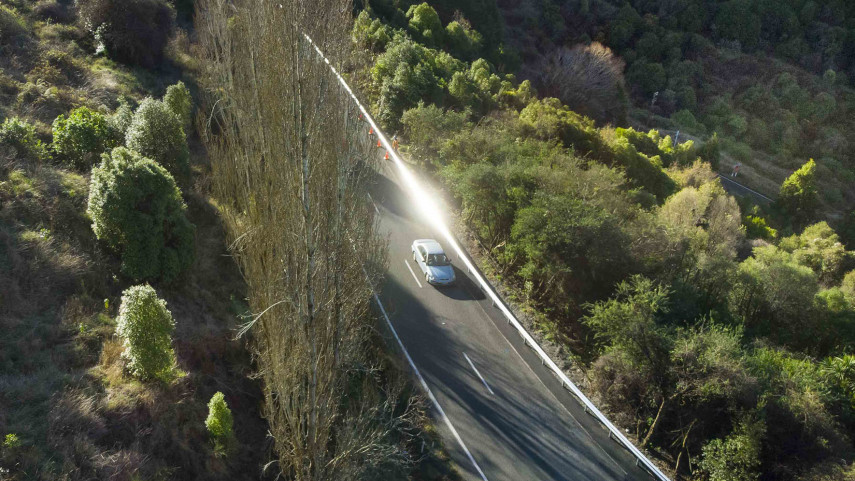 From major intersection and road upgrades to safety improvements and bus hubs, 2021 has been a busy year for transport.

“Our focus has been to make driving, walking, cycling and catching the bus around Christchurch easier, safer and better for the environment,” Head of Transport and Waste Management Lynette Ellis says.

In the central city, the makeovers of Victoria Street and Hereford Street were both completed.

Safety bollards were also installed at the Hereford Street end of Oxford Terrace to protect pedestrians by stopping vehicles from entering the busy pedestrian area outside permitted times.

“Both of these projects were major milestones for the regeneration of key streets in our central city,” Ms Ellis says.

“We’ve made both of these spaces more people friendly, so when you come into town you want to stick around and check out the great bars, restaurants, cafes and shops on offer.”

The Dyers Pass Road safety improvements saw another three kilometres of guardrails installed and parts of the road widened.

“This work was really important to us as Dyers Pass Road has historically had a high crash rate and when crashes have happened they often resulted in severe injuries. These upgrades should reduce the severity of crashes that do occur.” Ms Ellis says.

“It was also particularly tough on residents who put up with a lot of disruption, so we’d like to thank them again for their patience.”

Out in the local neighbourhoods, Woolston Village, the Cashmere, Worsleys and Hoon Hay Roads intersection and Linwood Public Transport Hub were also upgraded.

“We installed new pedestrian crossings, mini plazas, wider footpaths, better bus shelters and new cycleways to make it easier for people to travel in our local neighbours by whatever mode of transport they prefer,” Ms Ellis says.

“Plus I’m so pleased to say we’ve completed and fully opened the intersection and bridge upgrade at Lower Styx, Marshland and Hawkins Roads.”

The project was finished about six months ahead of the contract completion date, plus there were complex resource consenting caveats, lockdowns, supply chain issues, major service diversions, wildlife and flooding to deal with, she says.

“And we’ve got a lot of other projects well underway to kick start into 2022 like the High Street upgrade, Shirley Bus Hub installation, Riccarton Road works and South Express cycleway.”