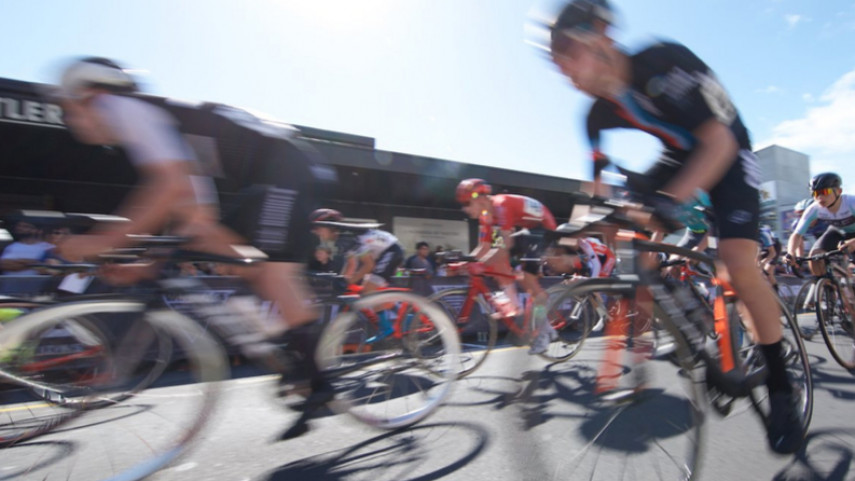 On Sunday, Christchurch is hosting the Vantage Criterium National Championships, which have attracted about 150 of the country’s top riders.

They will be competing for national elite and U17 titles on a 1.1 kilometre central city circuit that takes in Cambridge Terrace, Cashel Street, Montreal Street, and Gloucester Street.

“Olympians and World Championship medallists are among those who will be competing and with the central city circuit offering lots of good vantage points for spectators, it will be a great day out.

“Christchurch is a sport-loving city and we are hoping a large crowd will line the circuit route, cheer on the riders and be inspired by these amazing athletes,’’ Mr Cox says.

Road closures will be in place in the city centre on Sunday from 10am to about 9pm to stop vehicles crossing the Criterium route.

See the map below for details of the road closures.

If you are planning on bringing the car into town, you will need to plan your route around the road closures.

Plenty of on-street and off-street parking available in the city centre but the West End carpark will be closed on Sunday.

People will still be able to access Christchurch Art Gallery and the gallery’s parking building, but they should be prepared for delays if they are leaving the parking building after 2pm as traffic will only be released between Criterium races.

If you are travelling across the city centre on race day, you should use Madras Street, Barbadoes Street or Fitzgerald Avenue.

Want to leave your car at home?

If you want to watch the Criterium but don’t want to drive in, consider taking the bus.

Twelve bus routes service the central city and the Bus Interchange is only a five minute walk from the race route.

Alternatively, you could bike in.  Seven major cycleways lead into the city centre. Check out the Christchurch cycle map to plan your route.

Bike racks are available at the Lichfield Street carpark and the Bus Interchange. 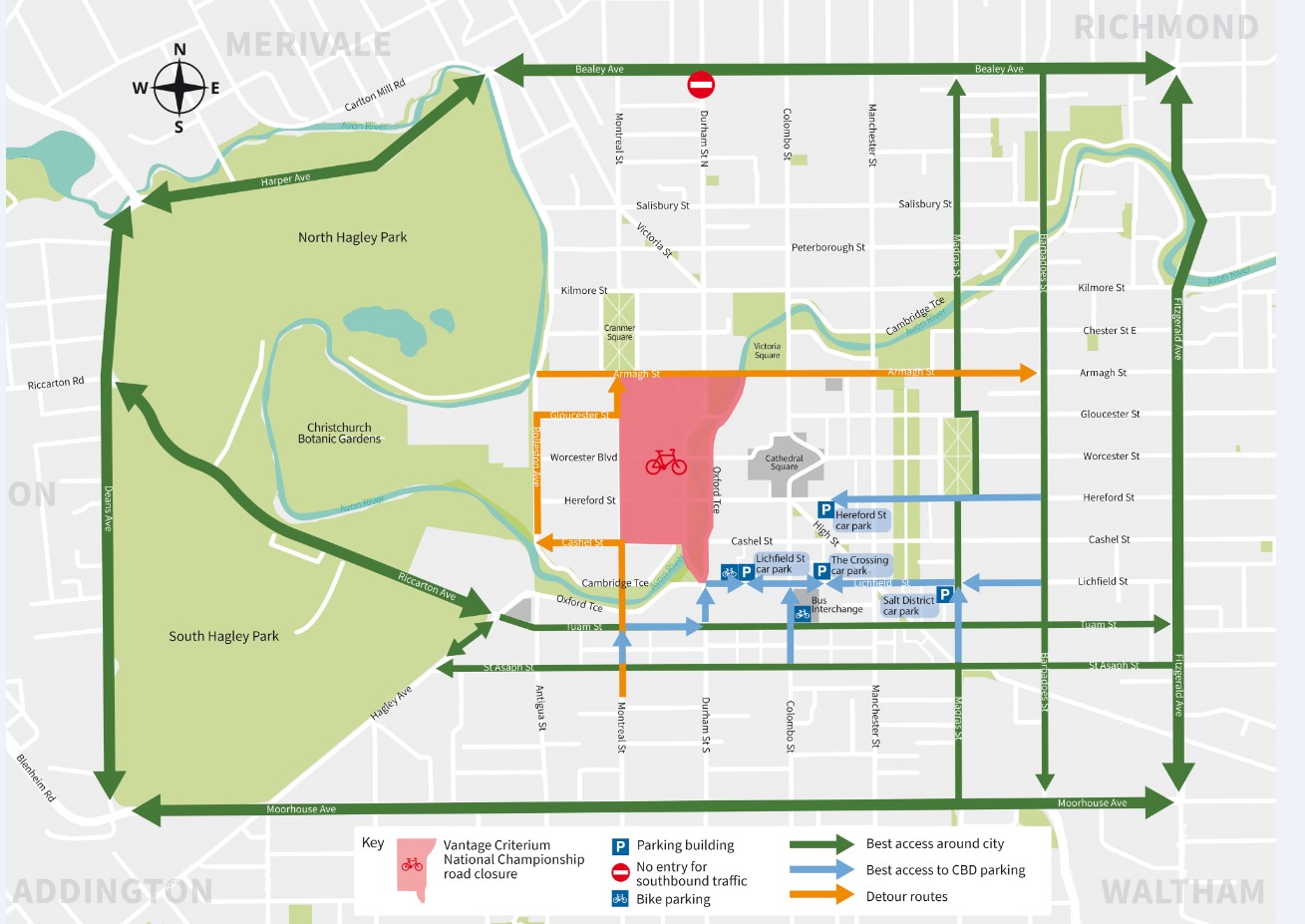 This map details the road closures that will be in place on Sunday for the Vantage Criterium National Championships. You can also view the map online.