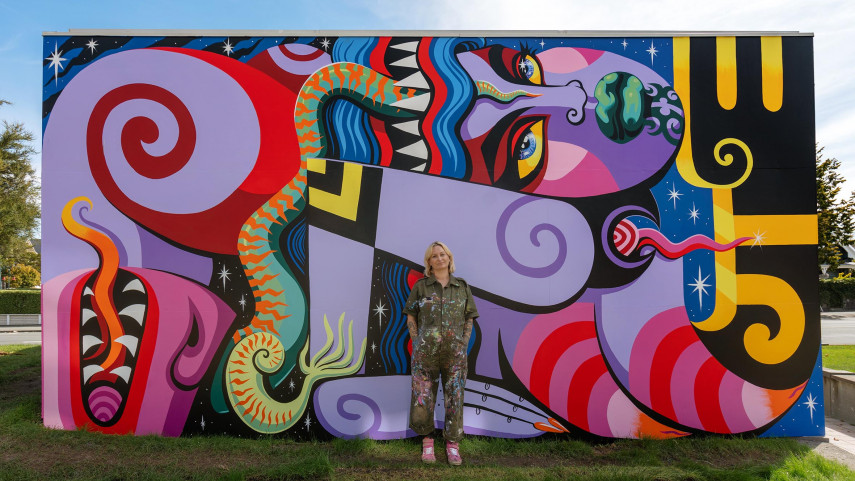 It’s taken almost 100 hours of work from concept to completion, but the bright new mural on the ‘bunker’ outside Christchurch Art Gallery Te Puna o Waiwhetū is complete.

The bold mural by Kāi Tahu artist Xoë Hall depicts Hine-tītama, the flashing red dawn, who becomes Hine-nui-te-pō, the atua of night and receiver of souls in the afterlife.

Mahuika, atua of fire, appears with her flaming manicure, shining a light on the past, while being a torch for the future.

The trickster Māui is shown in lizard form, referencing the time he tried to crawl through Hine-nui-te-pō to reverse the cycle of death and she awoke, slamming her thighs shut on that idea, and therefore bringing mortality to all mankind.

“The mural is just a little bit surreal, I like to pack in as much symbolism as possible but it’s open to interpretation,” Hall says.

And it’s not the first time Hall has painted larger than life versions of the atua wāhine (Māori goddesses).

“I’ve painted them many times, they’re my ancestors. But I like to portray them differently each time, in a modern way because they’re super, super badass."