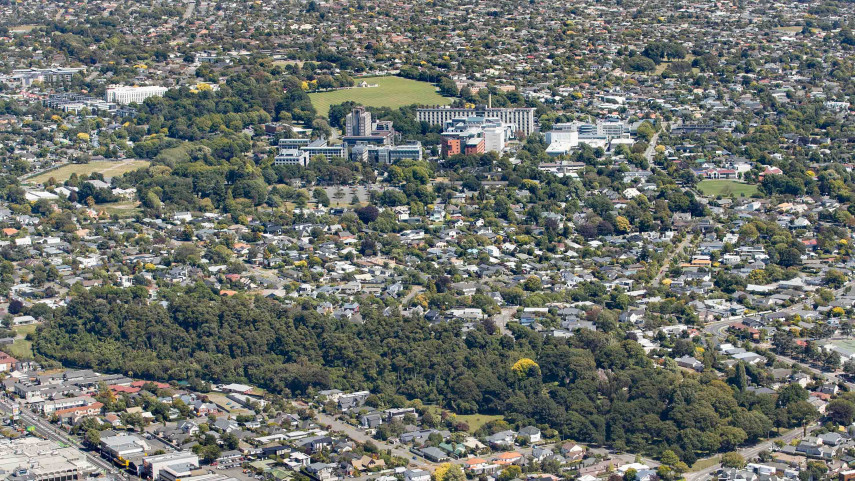 The mapping, which involved using aerial imagery and LiDar data, was done to help the Council understand the extent and distribution of the existing tree canopy.

The information will be useful as the Council develops its Urban Forest Plan which will provide a long-term vision and strategy to maximise the health and sustainability of the city’s urban trees.

“The mapping provides a snapshot of the tree canopy cover in Christchurch between 2018 and 2019,’’ says Council Head of Parks Andrew Rutledge.

“It shows that 13.56% of the ground area in Christchurch city, excluding Banks Peninsula, is covered by trees. That is about 2% less than when the tree canopy cover was last mapped in 2015/16.

“The most obvious areas of canopy cover loss were in the plantation forests – Bottle Lake Forest, Chaney’s Forest and McLeans Forest - where clear felling had occurred and the replanting had either not occurred at the time the mapping was done or the trees where not tall enough to show within the survey.  We also lost a significant number of trees on the Port Hills due to the 2017 fire.

“Importantly, many of these areas have already been, or will be replanted. There are also extensive restoration plantings throughout Christchurch that will undoubtedly be identified by future canopy cover mapping studies but were too short to be captured by the mapping this time around,’’ Mr Rutledge says.

“As the Garden City we really cherish the trees in our parks, reserves, roads and other public places and we put a lot of effort into protecting and maintaining them. Trees are going to play an increasingly vital role in carbon sequestration as we try and achieve our goal of becoming carbon neutral by 2045.

“We know we have to look after the trees we have and that we need to plant more to increase our tree canopy cover.

“We already have a Tree Policy, which outlines how we manage and maintains trees in public open spaces, and we’re working on a Urban Forest Plan because we recognise the many benefits – environmental and ecological - that trees bring and the value people place on them,’’ Mr Rutledge says.

Mapping of the tree canopy in each of the city’s wards shows that the Coastal ward has the most (27.6%) tree cover and the Hornby ward has the least (6.51%).