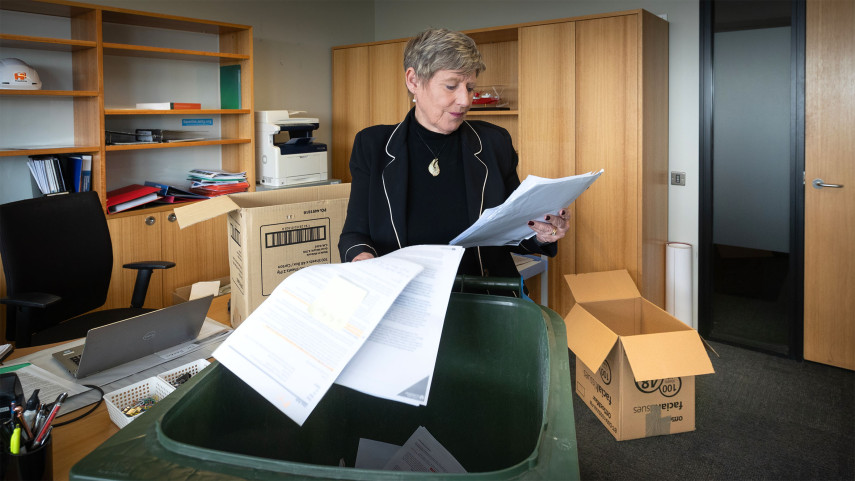 Lianne Dalziel’s time as Mayor of Christchurch is coming to an end. As she was beginning to pack up her office, we slipped in for a final, quick-fire chat about her nine years in the city’s top job and her plans for the future.

What are you going to miss about the role?

One of the great joys of the job has been the Citizenship Ceremonies where people pledge their allegiance to New Zealand and receive their Certificate of Citizenship from me, as Mayor of Christchurch. It has been an absolute privilege to be part of such a special and happy time in people’s lives.

What won’t you miss?

I won’t miss the politicking or the vitriol that comes through on social media.

What has been the funniest moment?

When Prince William leant over and told me that there was a spelling mistake on the plaque that he had just unveiled at the newly opened Ilex Visitor Centre in the Botanic Gardens.  I went into a panic, until he put his hand on my shoulder and told me he was joking.

What has been the saddest moment?

The terror attacks that left 51 people dead and many others injured and traumatised were a heart-breaking time for our city. The grief and devastation the attacks caused will be etched on my mind forever.

What about your most poignant memory?

It has to be when I formally apologised to the bereaved families and to all those who were injured or traumatised when the CTV building and the unreinforced masonry buildings that were not sufficiently cordoned or tied back during the February 2011 earthquake collapsed.

With the assistance of the government, I was able to travel to Japan to make the apology in person, something that only I, as Mayor, could do in a way that was meaningful to the families.

I ended the apology with words of sorrow in Japanese, before bowing deeply in front of the families, which in Japan is both a sign of respect and deep remorse. The apology was something I had personally wanted to do for a long time and it was very emotional.

If you could correct one misconception that the public have about the Mayor’s role, what would it be?

That the Mayor makes the decisions and holds all the power. In reality, you are just one vote around the table. You do have the power to convene or call a meeting as Mayor and people will come. You can exercise this power whether or not it is a council issue, and it is a very valuable tool to promote the interests of the city.

What one piece of advice would you give to the next Mayor?

Keep attending the community events that you showed up for during your election campaign - in other words be authentic - and do not make promises or commitments that you cannot keep. This sometimes means telling people that you will do your best, but that the outcome can’t be guaranteed.

What do you see as your legacy?

I am proud that I am leaving the Council on a sound financial footing. When I took over as Mayor in 2013 it quickly became clear the city’s finances were in disarray and the Council was facing a huge budget deficit. It took a lot of work to turn that around, but the city is now in good financial health.

Over the past nine years, I have put a lot of work into strengthening the Council’s relationships with mana whenua, central government and communities so that I see that as another legacy.

I am also proud of the work that I have done to build Christchurch’s resilience – both community and environmental resilience. The city is stronger for it and more able to adapt and respond to the challenges that will inevitably come our way.

Why did you decide to stand aside now?

For every campaign that I have run since 1996 my husband, Robbie, was at my side. He believed in me and always backed me to the hilt. As most people know, he passed away in 2020. I did not have it in me to run a campaign without him.

What does the future hold for Christchurch?

I am incredibly optimistic about what the future holds for this city. It is going to be a great place to live and to invest and I just think it will go from strength to strength.

What does the future hold for you?

I am genuinely leaping into the void – I really do not know what is next. I am going to take a bit of time to figure that out. Someone said I would need to ‘detox’ and there is an element of truth in that. Someone else told me that I should view that time as a ‘gift for my soul’ and that is exactly what I am going to do.