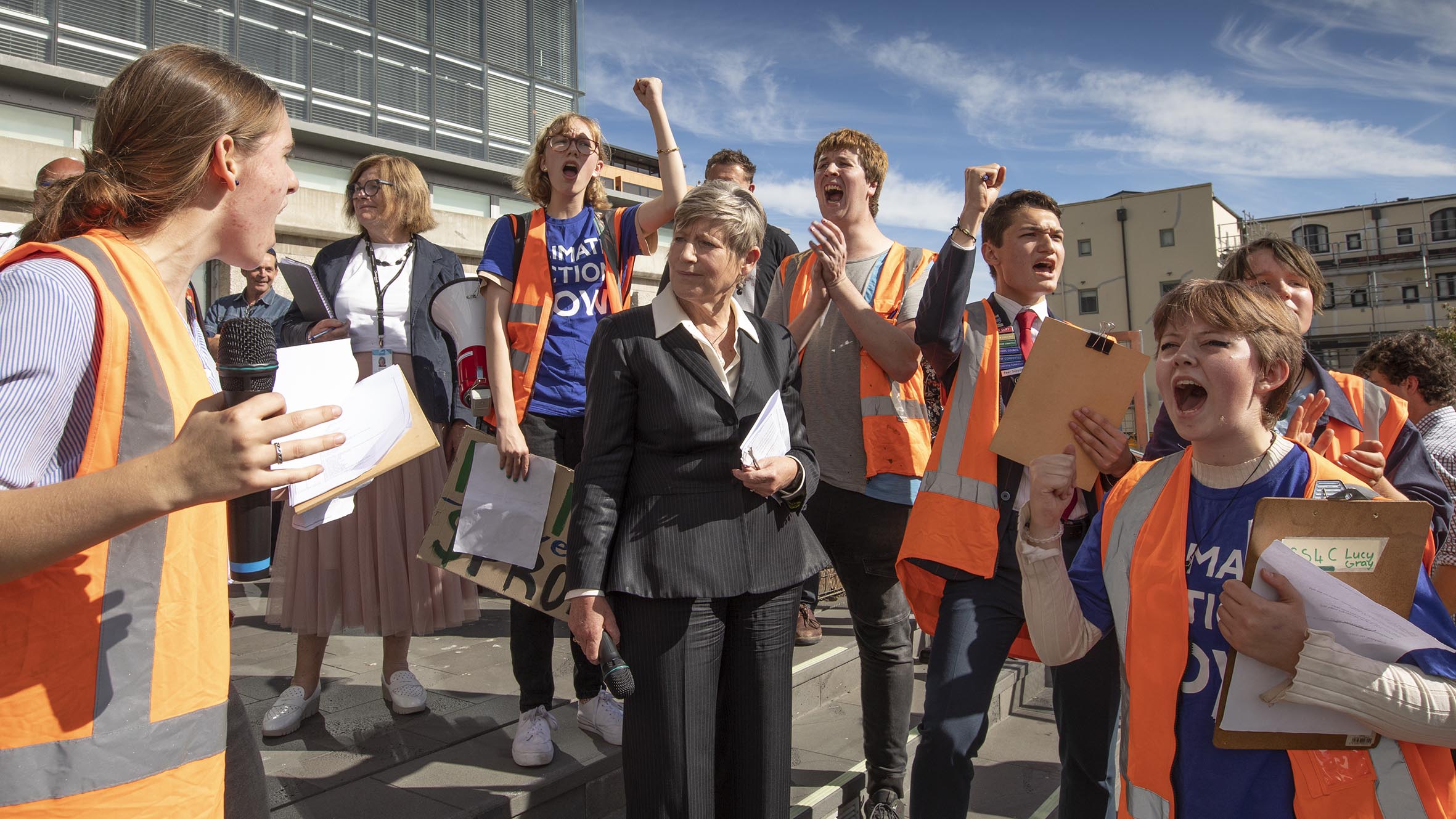 Christchurch Mayor Lianne Dalziel has promised to meet with organisers of today’s Schools Strike 4 Climate NZ protest so they can discuss in depth their demands for more climate action.

The students, after initially gathering in Cathedral Square, marched through the central city to the Civic Offices. The Mayor and several Christchurch City Councillors were there to hear the students’ demands and show their support.

Mayor Dalziel says the students voices' are being heard and their actions are helping to drive change.

The Council shared their concerns about the state of the planet and were committed to working towards making Christchurch carbon neutral by 2045.

“There are things we have in common and I have offered to meet with them so that we can work collaboratively with them,’’ the Mayor says.

She is encouraging the students to make a submission on the Council’s Draft Ōtautahi Christchurch Climate Change Strategy, which is currently out for public consultation.

The strategy looks at the areas the city needs to focus on to reduce greenhouse gas emissions and meet its 2045 carbon neutral target. It also looks at how we can plan for, and adapt to, life in a changing climate.

The Mayor is also urging the students to make submissions on the Council’s Draft 2021-31 Long Term Plan, as the decisions made during the budget process will influence the level of climate action the Council takes over the coming years.

“I want them to submit too on Environment Canterbury’s Draft Long Term Plan because they are the ones that are responsible for public transport in this city and have the ability to answer the students’ call for free public transport.

Submissions on the Draft Ōtautahi Christchurch Climate Change Strategy can be made online until 25 April.

Submissions on the Draft 2021-31 Long Term Plan can be made online until 18 April.

Submissions on Environment Canterbury’s Draft 2021-32 Long Term Plan can be made online until Sunday 11 April.