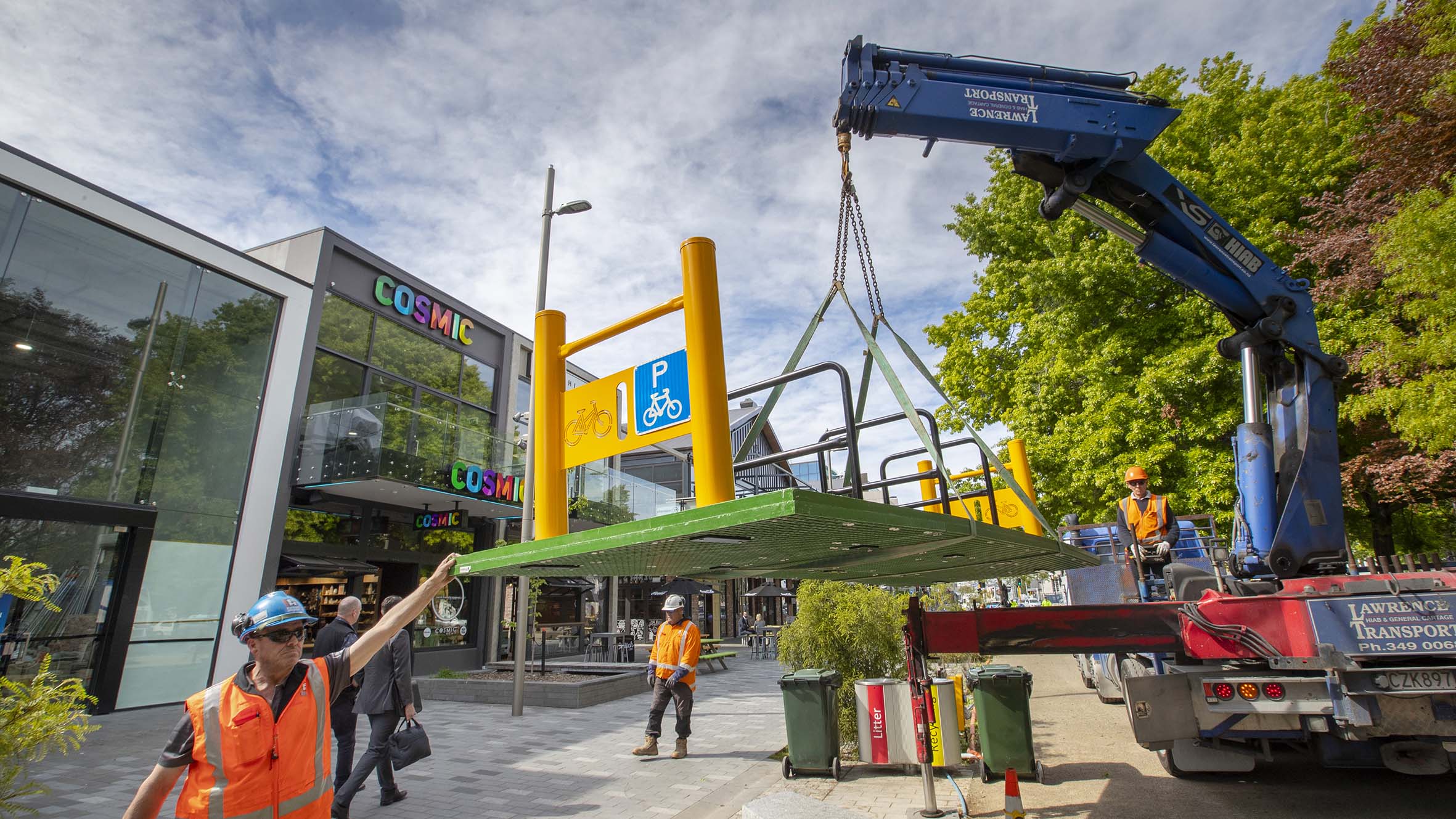 Two new bike stands are being installed outside the popular Riverside Market as part of a push to make the central city safer and more accessible for cyclists.

Extra bike parking will also be installed outside the Botanic Gardens and on the Ōtākaro Avon River Precinct by the Pegasus Arms.

“We’ve identified three central city locations where the demand for bike parking is high so we’re installing additional bike stands in those spots first. If they are well used, we will look to provide some more in different locations around the central city,’’ Ms Ellis says.

The funding for the extra bike parking is coming from the $1.2 million the Council set aside earlier this year for a package of cycle improvement projects in the central city.

The aim of the projects is to make the central city safer and more accessible for cyclists so that more people are willing to go by bike.