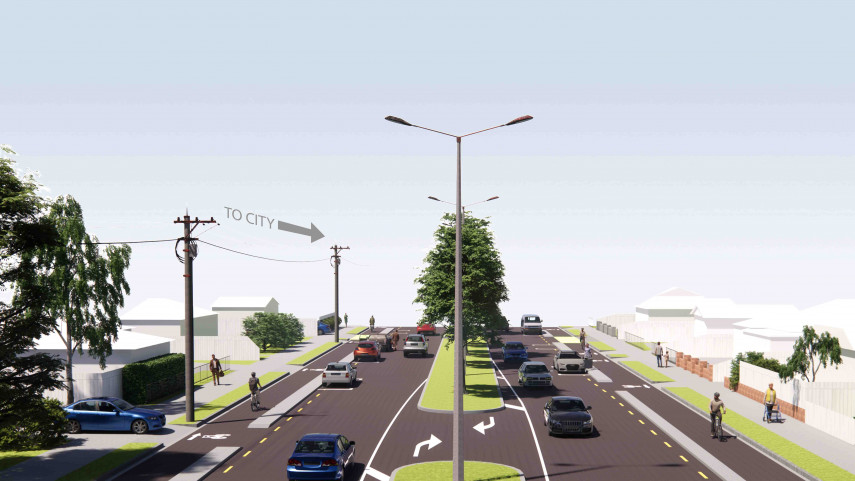 To address issues raised by the community, a Hearings Panel will recommend that Christchurch City Council makes changes to the revised design scheme for the Wheels to Wings – Papanui ki Waiwhetū cycleway.

The Hearings Panel, chaired by Mayor Lianne Dalziel, has finished listening to public submissions on the plans for the cycleway, which will provide a safe route for people biking through Papanui, Bishopdale, Harewood, the airport area, the recreational cycling facilities at McLeans Island, and the destinations in between.

“We have spent a number of days over the past couple of months listening to people speak to their submissions and considering the written submissions we received and the revised design scheme. There were some really well considered submissions and it is clear this is a very engaged community,’’ says Mayor Dalziel.

“The Hearings Panel was particularly impressed by the time and effort that a group of submitters put into developing their own alternate design scheme. We did seriously consider this alternate option but an independent review has raised significant safety concerns with it.

“After considering all the submissions and seeking additional information from staff, the Hearings Panel is recommending the Council approve the revised design scheme, with some changes.

“Some concerns were raised by submitters about the potential loss of parking around Nunweek Park. To address this, we’re recommending that staff look at the viability of putting the cycleway on the park side of the trees in Nunweek Park.

“This option would actually allow us to increase the parking around Nunweek Park as we could then put in angle parking along Harewood Road,’’ the Mayor says.

The Panel is also recommending that:

The Hearings Panel’s full recommendations will be published online next week. They will be considered by the Council in May.  If the Council approves the Panel’s recommendations, the project will move to the detailed design phase.

“I want to sincerely thank all those who have made submissions on this project. The community’s input has been invaluable,’’ the Mayor says.

The Council has done two rounds of public consultation on the Wheels to Wings cycle route. During the first round of consultation in early 2021, the Council received more than 1300 submissions.

While some of the 1300 submissions supported the plans for the cycleway, there were others who raised concerns about aspects of the proposed route and the impact it would have on parking, property access and congestion.

In response to that feedback and ongoing discussions with key stakeholders, directly affected businesses and residents, some initial changes were made to the plans for the cycle route. The revised plans were made public in late October 2021 and a second round of consultation initiated, which resulted in a further 86 submissions being received.