More women in Christchurch opting to go by bike 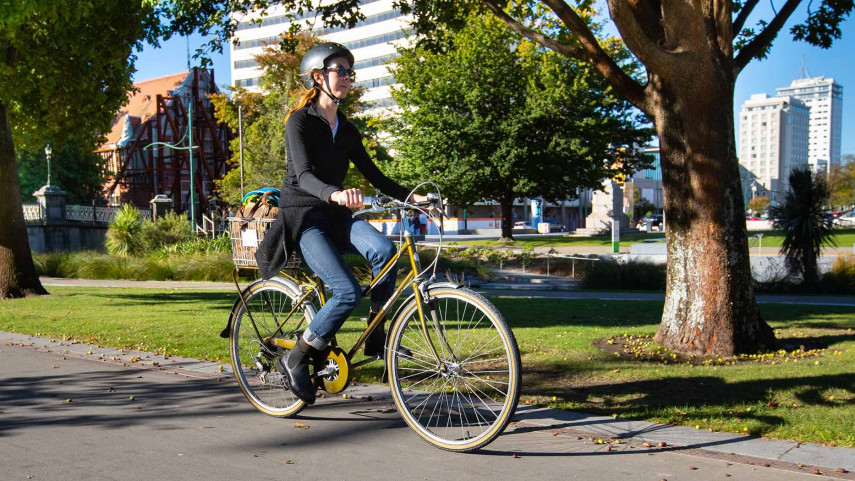 The growing number of women cycling in Christchurch is an indicator the city is becoming more bike-friendly.

The latest count of cyclists in Christchurch shows that women now account for 38 per cent of cycle trips – up from 32 per cent a year ago. An increasing percentage of cyclists in Christchurch are women.

“Women tend to be naturally more risk averse than men and international experience shows that they are unlikely to cycle if they consider a city has a hostile street environment.

“That's why in places like London and New York you see far more male cyclists than female cyclists,’’ Ms Ellis.

“When a city provides a safe environment for cycling you start to see more women riding bikes and that’s what is happening in Christchurch. It is very pleasing because it suggests we are becoming a bike-friendly city.’’

The latest cycle count was conducted manually at six spots around the central city and on Ilam Road, by the University of Canterbury.

That result is backed up by other monitoring the Council does of cycling across the city.

In the first three months of this year, the 15 automated cycle counters across the city recorded 683,000 cycle movements – up from 600,000 in the same period last year.

“Over the past few years the Council has put a lot of effort into building a network of major cycleways to make it easy for people to travel safely by bike and we are starting to see the benefits of that,’’ Ms Ellis says.

“More people are seeing that going by bike is a viable alternative to going by car and we expect that trend will continue to grow as more of the cycleway routes are completed.

“As a city we want to promote safe and healthy transport choices and to reduce our carbon footprint and getting more people cycling is one way we can do that,’’ Ms Ellis says.

Work is currently under way on the Heathcote Expressway – the cycle route that links the suburbs of Ferrymead, Opawa and Woolston with the central city.

Work is also under way on continuing the Quarryman’s Trail cycleway to link the suburbs of Halswell, Hoon Hay and Oaklands with the central city.

The Council is also in the process of gathering public feedback on the proposed design for the new South Express cycleway that will make it easier for people to bike between Templeton and Christchurch’s city centre.