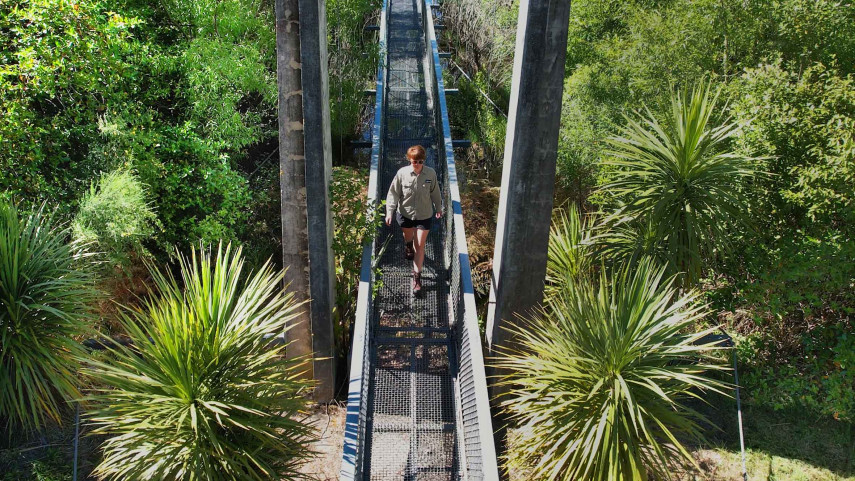 There is no such thing as a normal day at work for Christchurch City Council Ranger Yvette Williams.

From dealing with blocked public toilets to finding a lost horse and protecting the city’s healthiest waterway, her days are anything but predictable.

Yvette is part of a Regional Parks Ranger Team, mostly based at The Groynes and Styx Mill Conservation Reserves.

“No two days are ever the same. But early in the week, I do the rounds making sure the areas are rubbish free and tidy for people to visit, then I get stuck into the biodiversity work,” she says.

The Ōtūkaikino River, which has the best overall water quality in Christchurch, is one of the highlights of her patch.

“It’s definitely something I would boast about, but it is also a big responsibility to keep it that way,” she says.

And for that, there is a two-pronged attack.

Step one is making sure pest plants like old man’s beard and grey or crack willow don’t take hold around the edge of the waterway.

“In the summer, it’s a lot easier to see the willow and old man’s beard as you can see the leaves,” she says.

“It’s a great time to get on top of it, but it is a bit of a race against time to make sure it doesn’t seed and spread.”

She also does a lot of native planting, to protect the water’s edge.

“It’s called riparian planting, it’s a special type of planting to stabilise the edge of the water as well as improve the water quality and increase the habitat for native wildlife,” Yvette says.

Her favourite part of the job is being able to completely  transform an area.

“When you take a step back and see spaces have gone from being completely horrible to a really nice area people want to spend time in, it’s really satisfying,” she says.

“Because we’re out in the field, we also get a lot of great feedback in person from residents which is also lovely to hear. It makes it really worth the hard work.”