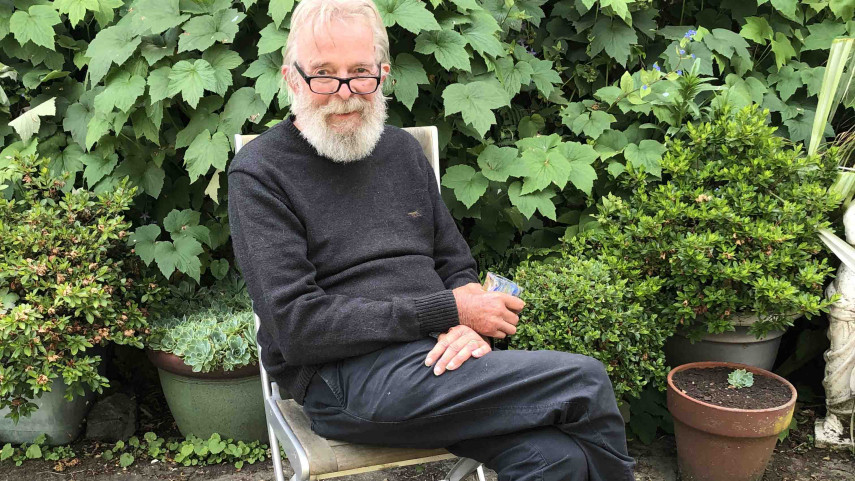 “Bill was a legend, one of Aotearoa’s most important artists. This new book Across the Evening Sky offers a fascinating insight into his paintings, many of which have rarely been seen.”

"Jingle Jangle Morning was one of our most popular titles,” says Mr Vangioni. “It is still regularly requested despite being out of print.  Across the Evening Sky picks up where that book left off, and explores what is arguably the strongest period of Bill’s work, featuring large, beautiful bird paintings set in mythologised landscapes.”

Work on the project began last year as a collaboration with the artist, who died in January aged 73.

It includes a recorded conversation with friend and fellow Christchurch artist Tony de Lautour – a rarity, as Mr Hammond was notorious for refusing interviews about his work.

Gallery photographer John Collie travelled around the country to capture images for the book, many of which are held in private collections. 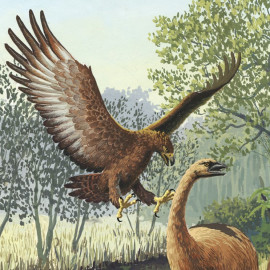 In his piece, Mr Scofield pinpoints the enormous, now extinct pouākai/Haast’s eagle as an inspiration for the artist.

“These very early colonisers of the birdland that was Aotearoa were undoubtedly the inspiration for Bill Hammond’s giant avian creatures. That loss adds a patina of melancholy to Hammond’s bird paintings,” he writes.

Gallery Director Blair Jackson says it was a privilege for the gallery team to work with Mr Hammond on the book.

“He leaves behind a superb legacy of his unique vision – an incredible body of work that will, I have no doubt, continue to amaze and enthral many generations to come.”

Bill Hammond: Across the Evening Sky is being distributed around New Zealand by Nationwide Books and can also be purchased directly from the Christchurch Art Gallery Design Store.