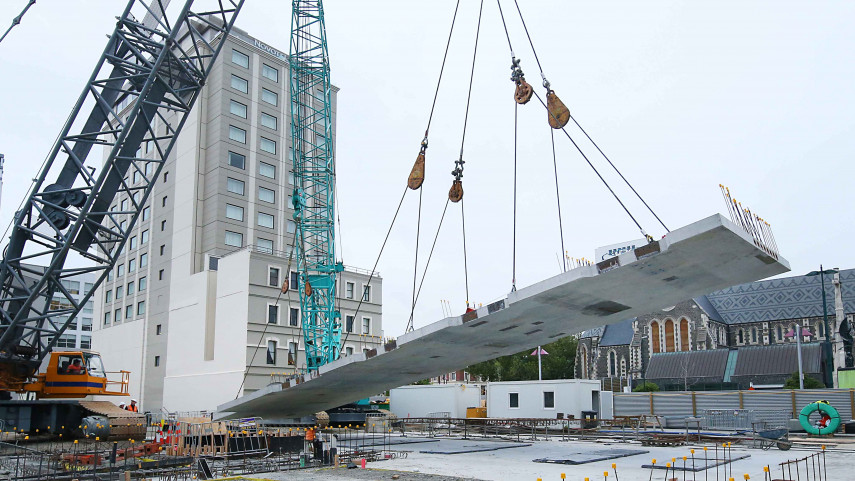 Another milestone in the construction of Christchurch’s new central library was reached this week when the first pre-cast concrete panel was put in place. A pre-cast concrete panel is craned into place for the new central library.

It is one of four pre-cast panels that will be used to form the western core of the new library. Once all four pre-cast concrete panels are in place, construction of the structural steel framework will begin.

A similar process will be used to construct the eastern core of the library.

Southbase are building the library for Christchurch City Council, which has committed $75 million to the project.

The library, or 21st century knowledge centre, is being built on the site of the old Camelot Hotel and will front onto Cathedral Square.

New Zealand firm Architectus worked in partnership with Danish library design experts schmidt hammer lassen, on the design of the building. schmidt hammer lassen have received more than 150 awards for their work, which includes 12 libraries internationally and the International Criminal Court in The Hague.
The library is expected to attract up to 2000 visitors a day and is due to open by mid-2018.