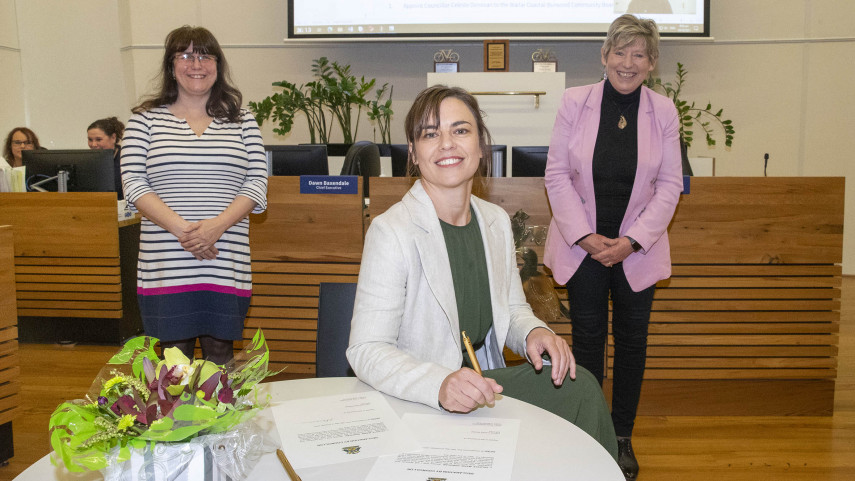 Cr Donovan won a seat on the Council after a by-election was held in the Coastal Ward to replace James Daniels, who resigned earlier this year.

Thanking the Coastal Ward voters for their support, Cr Donovan promised to make sure their voice was heard at the Council table.

“It’s a quite a responsibility being selected to sit around this table and advocate for both my beautiful Coastal ward and the city as a whole,’’ Cr Donovan said in her inaugural speech as a Councillor.

“I’ve always been a firm believer in people, not politics. The communities that make up the Coastal Ward need a strong voice that isn’t afraid to stand up and take on the challenges of the future. This is what motivated me to stand for this position.

“I hope to have some part in shaping a positive future for the area, and while it is difficult on Council to be a master of everything, some of the things I will be focusing on is how do we address the impacts of climate change, particularly relating to the Coastal area. How do we do community engagement in a way that works for the communities, and how do we work with people that have great ideas about enhancing Christchurch as a great place to live,’’ Cr Donovan said.