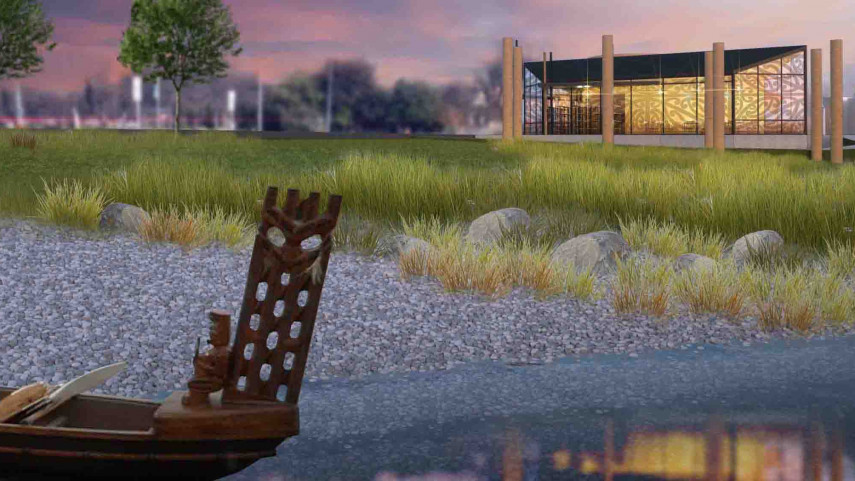 Waka tours will glide along the Avon River with the development of a new $3.5 million riverside cultural centre in central Christchurch.

The design of the new centre, named Puari Village, is inspired by a voyaging waka. The Ko Tāne venture will feature exhibitions, art and contemporary Māori cuisine, along with being the base for city and waka tours. A design of the city's new cultural attraction, Puari Village.

The central attraction will be developed in Colombo Street, near the corner of Oxford Terrace, following an agreement between Ko Tāne and Ōtākaro Limited.

Ōtākaro Chief Executive John Bridgman says the central space is an ideal site for the Ko Tāne venture because of the proximity to several high-profile visitor destinations such as the City Promenade, Te Pae, Victoria Square and the Christchurch Town Hall.

“The City Promenade has proved a hit since we opened it in November, but it’s the private developments like this, that sit alongside it, that will make it a true asset for Christchurch,” he says.

Ko Tāne Director David Brennan says the group aims “to create a world-class interactive tourism attraction that tells the story of the Ōtākaro River and people that have come to make the river their home over the past centuries”.

Fellow Ko Tāne Director Mark Willis says work is due to start on the site in the middle of this year, with Puari Village scheduled to open late next year.

“With new spaces opening all the time and Te Pae and the Town Hall on the horizon, it’s a great time to be bringing the Ko Tāne experience into the central city,” he says.

“We can’t wait to get our paddles in the water.”