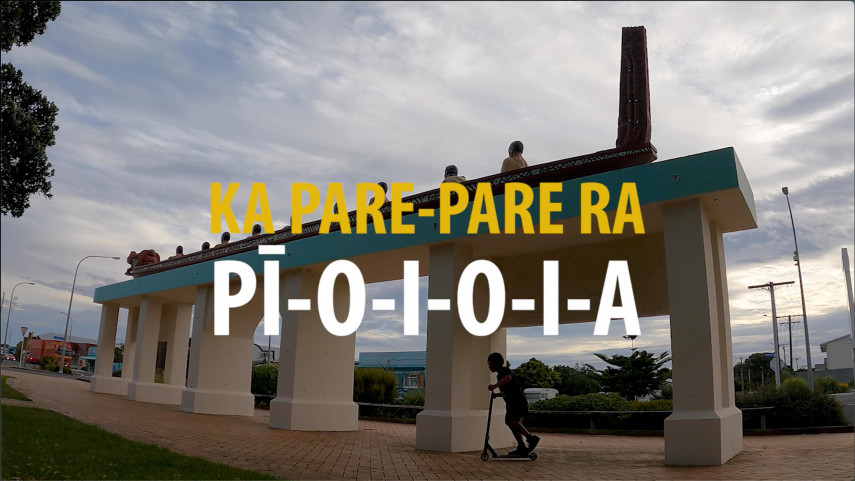 The newest exhibition at Christchurch Art Gallery Te Puna o Waiwhetū has some of Aotearoa’s leading Māori artists embracing moving image – from slick animation to 16mm film, with an unexpected dose of karaoke.

Co-curated by Bridget Reweti and Melanie Oliver, the exhibition is a rich gathering of works that explore time, politics, language and place, with several new commissions among them.

“A lot of what’s covered is not what you’d expect – we have subject matter ranging from World War II to the tīwakawaka bird to shoe designer Christian Louboutin.

“The exhibition is a unique alignment of forms and concepts of toi ataata – visual art – with those of ngā mahi a rēhia – performance art.”

In a Gallery first, visitors will be able to enjoy five of the works through the medium of karaoke – with a special niche set aside in the exhibition space where people can sing along to beloved tracks by Māori recording artists, set to visuals created by Māori visual artists. Taking place under a glittering disco “Pāuaball” by Terri Te Tau, this project has been developed in partnership with The Dowse Art Museum.

"Karaoke allows you as the singer to bring your own connection to a song, adding some personal flair, inflection and sweet dance moves to the performance,” Ms Oliver says.

Descriptions of each work are available on request.

Alongside the exhibition, the Gallery is also launching a beautifully designed new book Māori Moving Image that includes essays and interviews with several major artists. It looks at concepts of whakapapa, whenua and whanaungatanga. Available from the Design Store located at Christchurch Art Gallery Te Puna o Waiwhetū and book retailers nationwide.