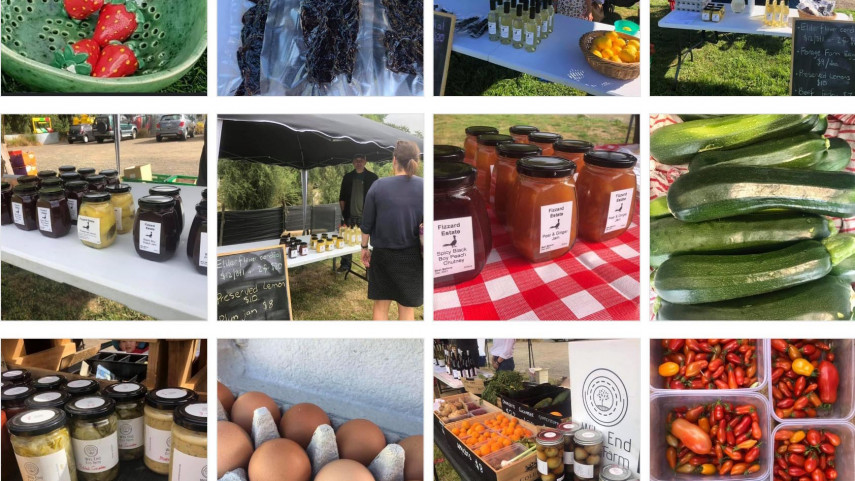 A Farmers Market in Little River now has room to expand after moving to a new site.

The seasonal market, which is in its second year of operation, has found a new home in the village centre on land owned by Christchurch City Council. It means the market can now take up to 60 stall holders.

At its previous site stalls were restricted to 14 giving little room to grow, says a member of the organising group Richard Uttley, “and there is definitely interest out there from stallholders.”

There were 900 people through the gates when it opened at Labour Weekend, he says. “Our foot traffic is really good, we get lots of people from Christchurch and bikers on the Little River Rail Trail.”

The not-for-profit group has negotiated a license to occupy the Council owned site for an initial period of 12 months.

The license will then be reviewed, with a view to establishing a longer term lease upon completion of a successful year of operating at the site.

They received a grant from the Banks Peninsula Community Board in June for equipment and establishment costs.

Says Board Chairwoman Tori Peden: “This group has worked really hard to get the Little River Market up and running and we’re pleased to be able to support them.

”The market provides an opportunity for local producers, growers and artisans to make their products available to local residents and visitors to Little River.”