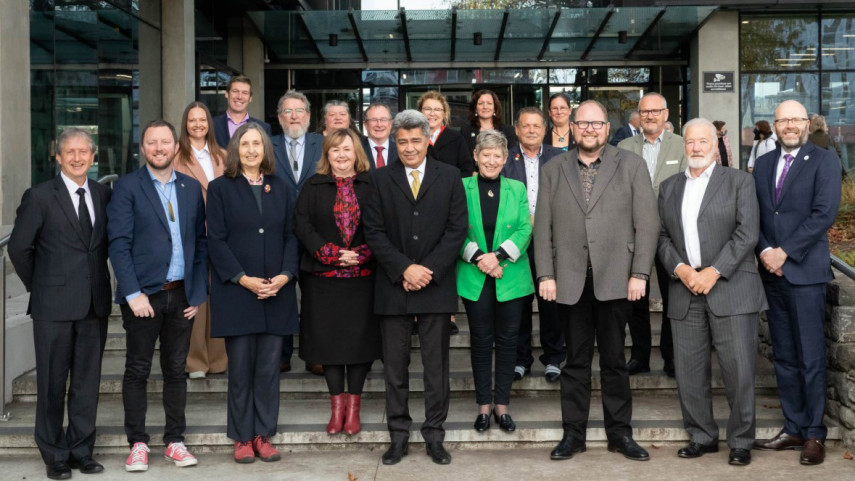 The Committee are united on their priorities, which include decarbonising the transport system, increasing resilience to natural hazards and the effects of climate change, accelerating the provision of quality, affordable housing, improving access to employment, education and services.

At today’s meeting, the Committee agreed on the next steps for its first project – the development of a joint Greater Christchurch Spatial Plan, which will integrate with work already underway on an Indicative Business Case for high capacity and frequency public transport (Mass Rapid Transit).

Residents will be asked for feedback early next yearr on a draft of the Spatial Plan which sets out how Greater Christchurch will develop to accommodate a larger population and respond to other challenges including housing affordability and reducing emissions.

The Mass Rapid Transit investigations for Greater Christchurch will initially focus on the Riccarton and Papanui corridors and will also explore the expansion of the system to the Selwyn and Waimakariri Districts, as well as different scenarios, such as heavy rail.  Greater Christchurch has among the highest dependency on private motor vehicle use of the urban areas in New Zealand.

Mayor Lianne Dalziel says the Committee offers exciting possibilities to “get ahead of the game” in relation to planning for future growth in Greater Christchurch. Achieving an Urban Growth Partnership for Greater Christchurch is a significant step and will bring massive benefits to the people of the region.

“We have the opportunity, with all the partners around this table to drive collective action to plan for an ambitious future for the sub-region. This will future-proof Greater Christchurch for generations to come. The work will also be useful as a building block in a dynamic reform environment” she says.

“Greater Christchurch is growing rapidly and housing is a fundamental part of people’s wellbeing. Through the Spatial Plan we need to ensure that we are enabling diverse and affordable housing in locations that support thriving neighbourhoods, which provide for residents’ day-to-day needs,” Mayor Dalziel says.

“We also need to consider transport investment, such as Mass Rapid Transit, as a mechanism to shape our future urban area and make Greater Christchurch a modern, resilient, sustainable city.”

The Committee is being progressed as part of the Government’s Urban Growth Agenda to improve alignment and coordination between central and local government and mana whenua in New Zealand’s high growth urban areas.

Minister Woods, says that major change is ahead regarding urban development throughout the country.  The Government has set up Urban Growth Partnerships around the country, which have the same objective as this one with Greater Christchurch; to have strong partnerships so we work together to plan for future growth that ensures planning for housing, transport and other supporting infrastructure is coordinated and meets the needs of our communities.

“This is an exciting forum for Greater Christchurch. It will help us understand local issues and work on effective solutions together to unlock urban development opportunities.”

The next step for the Spatial Plan is the development of the draft for public consultation.