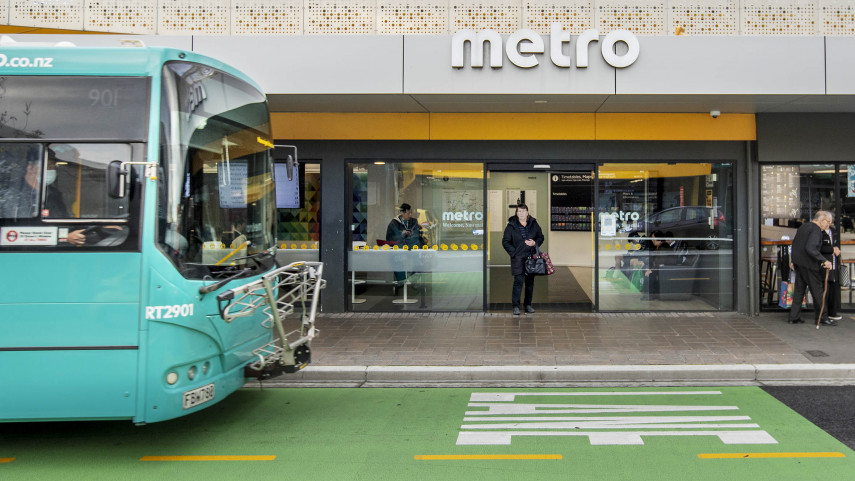 Public transport users in Christchurch are benefitting from a new real-time information (RTI) system that enables them to find out exactly when the next bus is going to arrive.

Over the past 12 months Environment Canterbury and Christchurch City Council have been working with technology provider NEC NZ Limited to upgrade the real-time information system for the Metro public transport network.

The upgrade to the system has involved making changes to the bus interchange, to the on-street bus locators, and to the equipment on 251 buses and the Diamond Harbour ferry so that their movements can be accurately tracked by GPS every second they are operational.

The old radio-based RTI system suffered from black spots in some areas, meaning the data could not always be relied on.

Christchurch City Council Transport Operations Manager Stephen Wright says that the new system will mean there is more accurate and more accessible information at bus stops across the city.

“The new bus finders are easier to see, hear and operate, making it easier to catch the bus,” he says.

Environment Canterbury Manager of Public Transport Business Services and Improvement Jeremy Dickson says the project to upgrade the RTI system was a complex one.

“COVID-19 restrictions right in the middle of upgrades meant scheduling complications, but the project team, operators and NEC were very agile in their delivery and we’re really happy we were able to deliver it,” Mr Dickson says.

“With numerous stakeholders involved in the project, getting to a stage that we’re all happy with how things are going is a really great outcome.

“The Bus Interchange, which allocates buses to bays in real-time, had to have its hardware and software completely swapped out. Upgrading the system on a network which operates 19 hours a day, 7 days a week was always going to be challenging. There was little margin for outages, testing and deployment.

“One of our key objectives in this implementation was to not disrupt our passengers. We’re proud that we were able to meet that goal,” Mr Dickson says.

During the development of the Regional Public Transport Plan, reliability and punctuality were highlighted by the community as critical to public trust in, and use of, public transport.

“This [RTI system] is the key system that underpins our ability to deliver a service that meets these expectations and to measure and improve services over time,’’ Mr Dickson says.

People who use Metro services in hilly areas and at the edge of the network will also find increased coverage of real-time tracking where it previously wasn’t available – meaning their estimated bus arrival times will be more exact.