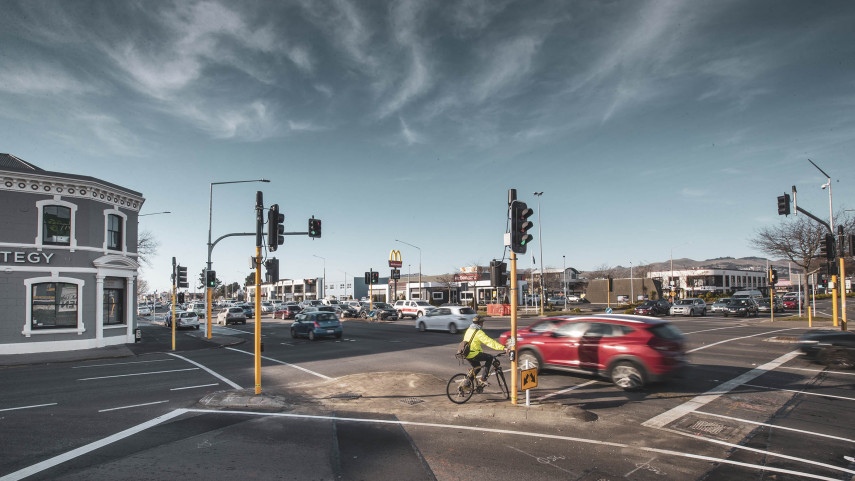 The safety cameras will be located at:

The cameras, owned by the Council, will be the first in the South Island used to issue infringements, and will be operational from Thursday 21 April.

“Making roads safer for all road users is our top priority and we’re partnering with NZ Police to achieve this.  As a Council we have invested in red light safety cameras at both intersections to try and stop red light running, reduce dangerous driving and save lives,’’ says Council Transport Operations Manager Stephen Wright.

The cameras are installed as a safety initiative supporting Road to Zero, New Zealand’s road safety strategy, which sets out the vision that no one should be killed or seriously injured on New Zealand roads.

Research from Monash University’s Accident Research Centre in Melbourne, Australia showed a 26 per cent decrease in overall crashes at intersections with red light cameras. There was a 47 per cent reduction involving vehicles travelling into an intersection on the side the camera is placed.

Auckland has been using red light safety cameras permanently since 2014 and Wellington also has one camera. A red light camera is installed at the intersection of Bealey Avenue and Madras Street in Christchurch, but it is used only to collect data, not to issue infringement tickets.

“Road safety is everyone’s responsibility and the consequences of running a red light can be deadly. Please be aware if you run a red light at these intersections you could receive a $150 infringement ticket from the Police. Over the next month you might spot some messages from us around these intersections, reminding everyone not to run red lights,’’ Mr Wright says.

Superintendent Steve Greally, Director: National Road Policing Centre, says running red lights to save a few seconds is dangerous and not worth risking your life and the lives of others around you.

“Our officers work hard every day trying to stop risky driver behaviour, this includes people running red lights. Drivers need to remember that the decisions they make impact not only them and their passengers, but everyone else on the road.”