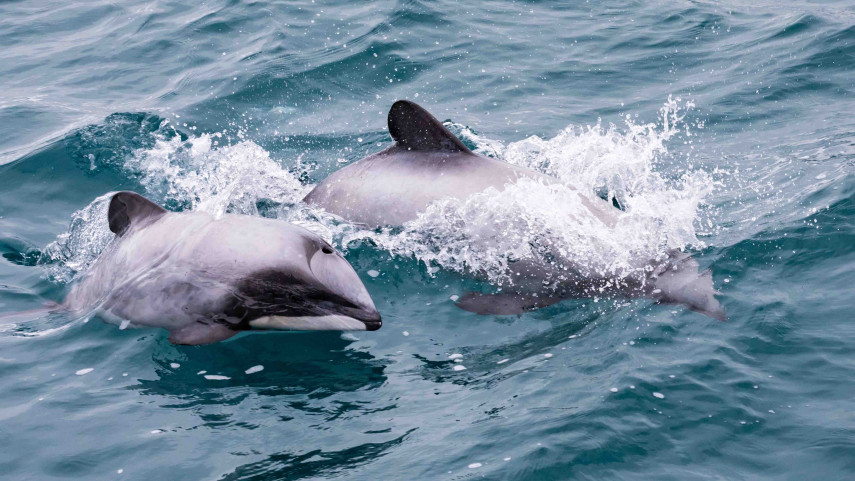 Christchurch residents can help scientists in their efforts to learn more about New Zealand’s marine mammals with the new SeaSpotter app that Christchurch City Council has partly funded.

The SeaSpotter app uses artificial intelligence (AI) to identify marine mammals that people spot and photograph on their smartphones while at the beach or out boating.

Data collected through the app will enable scientists to build their knowledge and understanding of the numbers and type of marine mammals living in our seas.

Currently more than half of the marine mammals in the Department of Conservation’s Threat Classification system are listed as data deficient, meaning nobody knows exactly how many of them there are, let alone if they are endangered.

However, that could change if enough data is collected through the SeaSpotter app.

With the SeaSpotter app, anyone who sees a marine mammal can take a photo of it and upload it. Then, using an in-app chat box, they can then learn more about the animal they photographed.

Scientists can use the app’s AI technology to analyse the photo and identify which dolphin species has been spotted. The date and location stamp on each photo will provide valuable new insights into the species’ range and information around interactions, including with other species.

“One of the unique aspects of this project is that data will be publically available as a rich source of learning for curious scientific minds, innovators, conservationists, industry and policy makers,’’ says Tane van der Boon, from MAUI63, the not-for-profit group that has led the development of the app.

MAUI63 had funding and support from Christchurch City Council, as well as from a host of other agencies, including Microsoft, WWF-New Zealand, DOC and MPI to develop the app.

Russell Craig, National Technology Officer at Microsoft New Zealand, says that making the app a collaboration between scientists and citizens was essential.

“If we want to effectively preserve our wildlife and taonga we must gather and use data in a more collaborative way. The more knowledge we all have on the threats our mammals are facing, the better equipped we will be to protect them,’’ Mr Craig says.

“Although the app is currently focused on New Zealand’s seas, it has the potential to be used to protect species globally and we’re very excited to be supporting this vital mahi.’’

Michael Healy, Programme Manager of Christchurch City Council’s Smart Christchurch programme, is excited by the app’s ability to help build-up a picture of the marine life around Christchurch and the whole country.

“The app gives the community the chance to get involved,’’ he says. “Collecting data will help scientists and researchers track and protect marine mammals like the endangered Hector’s dolphin. The more people involved, the better the data and the greater impact it will have.’’

WWF-New Zealand Marine Species Programme Manager Dr Krista van der Linde has been involved in the project since its inception and is excited about the possibilities it opens up.

“We don’t have the ability to attach satellite tags or to genetically sample every marine mammal we come into contact with, but we do have the ability to take a photo of them. Then, we can use machine learning to provide much of the information we need and can potentially revolutionise marine conservation in the process,’’ Dr van der Linde says.