New ‘smart’ bins coming to a park near you 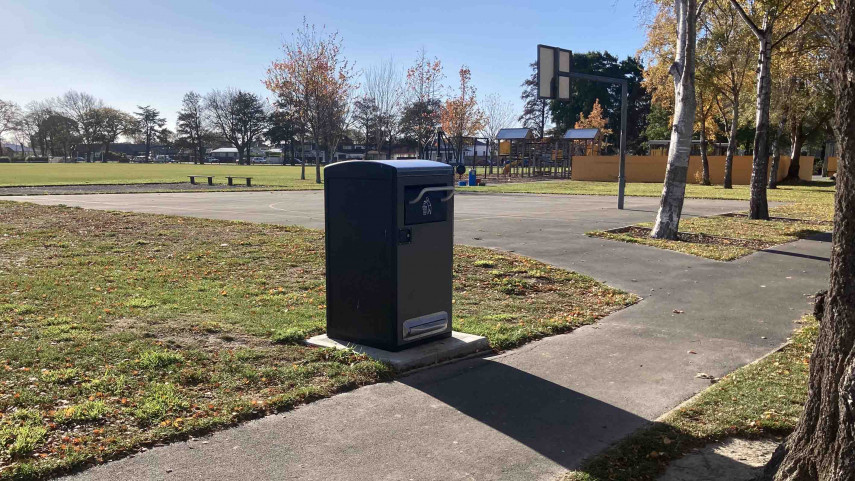 ‘Smart’ bins are being installed in community parks around Christchurch as the city council moves to reduce maintenance costs in the city’s public spaces.

“We have been trialling smart bins in the Botanic Gardens, Hagley Park, Akaroa and other popular parks and attractions  around the city and Banks Peninsula for the past four years and they have proven a very successful and cost-effective way of managing waste,’’ says Christchurch City Council Head of Parks Andrew Rutledge.

“As part of the Council’s efforts to keep costs down for ratepayers, we are now starting to install smart bins in our community parks. The switch to these smart bins will save ratepayers $300,000 a year because they need emptying less frequently than the old-style rubbish bins.’’

The Council has banked the savings year-on-year to help keep annual rates increases down.

Smart bins have a larger capacity and sensor technology which provides the Council’s maintenance contractor with daily data on how full each bin is. The data means the contractor only needs to send crews out to empty the bins when required, saving time and money.

The smart bins are also more secure than traditional open top rubbish bins, which means that it is unlikely that rubbish will get disturbed by scavenging birds and rodents or blown around in strong winds. This should result in fewer litter complaints.

“We are spending $830,000 on installing the new smart bins but with  the annual savings of $300,000 they will pay for themselves in three years,’’ Mr Rutledge says.

Community parks, with high levels of usage, such as those used for sport and open spaces such as beach fronts are being prioritised for the ‘smart’ bins.

“Not all of the 840 old-style bins that we are taking out of parks will be replaced with a ‘smart’ bin,’’ Mr Rutledge says.

“The majority of customer service requests we receive relate to litter dumping, most of which occurs when people place rubbish beside bins, and assume that is ok as someone will pick it up.

“In parks and areas where we don’t have bins, or have very few bins, such as regional parks, issues associated with litter are minor,’’ Mr Rutledge says.

“In low use neighbourhood parks we will be removing litter bins entirely and instead encouraging people to take any rubbish home with them to dispose of in their red wheelie bin as part of our kerbside collection service.

“People really bought into this approach during the Covid-19 Lockdown when we asked people to ‘take it home’.

“Just as people enjoying the great outdoors are encouraged by the Department of Conservation to carry out their rubbish in order to protect the environment, we want residents to help us keep our parks tidy by taking their rubbish home with them,’’ Mr Rutledge says.

The roll-out of the new smart bins is expected to be completed in August.