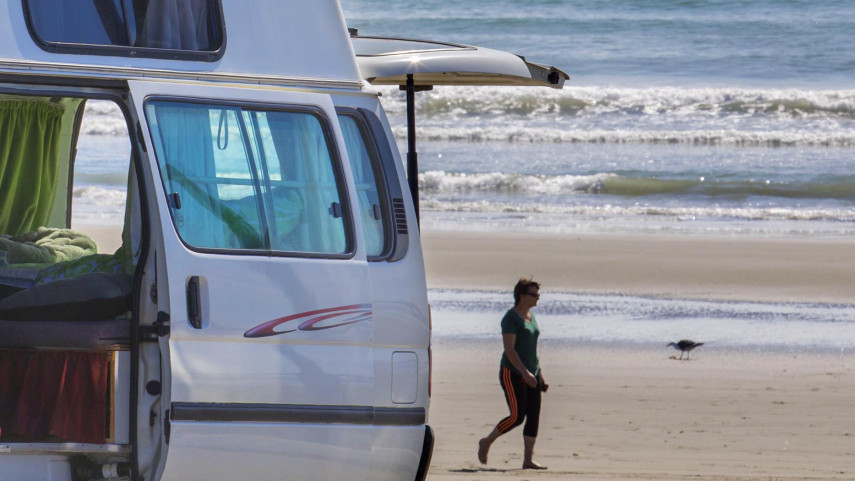 Concerns over safety and public access have prompted the Christchurch City Council to close the North Beach Car Park temporarily to freedom camping during weekends.

Council Chief Executive Dawn Baxendale says that the car park services both the surf lifesaving club and the community hall, along with providing access to the beach and park.

“The community has raised multiple concerns about freedom campers taking over the car park and preventing them from using the site,” Ms Baxendale says.

“Freedom camper use is also making access difficult for surf lifeguard training and those lifeguards on patrol during busy weekends.

“In one recent incident, a Search and Rescue call-out was hampered by camping vehicles blocking access. At present, car-park use is under pressure at the weekends, with a rapid rise in freedom campers making the most of the site.

“There is high demand for car park spots and many people walk through the area to the beach, so it is important that we meet local community needs and ensure safe beach access for all.

“There have been numerous complaints to the local Community Board, highlighting the concerns of families taking their children to junior surf lifesaving and surf training at the weekends,” she says.

The site will be off-limits to freedom camping at weekends, from 7pm on Fridays during the surf lifesaving season.

Freedom campers often stay in the site for the maximum two days, reducing the turnover and availability of car parks. Camping chairs, cooking set-ups and washing lines are more appropriate in camping grounds, not in busy car parks.

“In response to these many issues, we have decided to shut the car park to freedom camping at the weekend during the surf lifesaving season,” Ms Baxendale says.

“This decision comes into immediate effect and only applies to the North Beach Car Park.”

The Council will consider whether there is a need for more permanent changes during a bylaw review later this year.