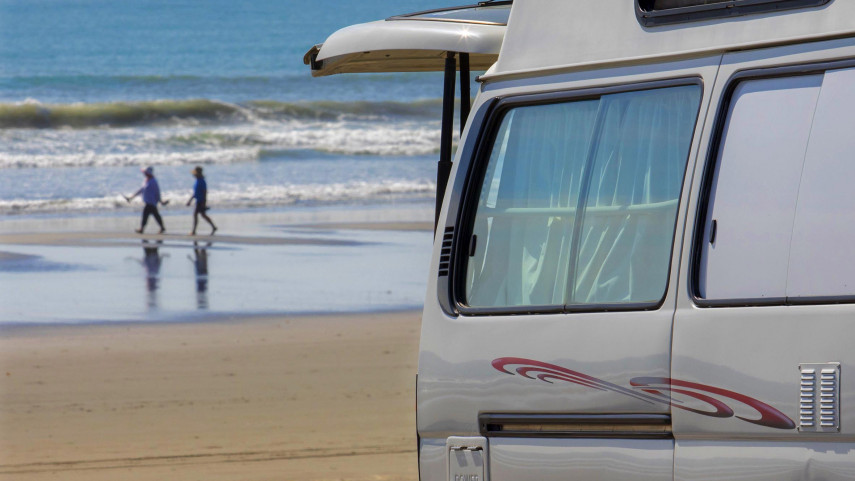 The temporary weekend ban on freedom camping at the busy North Beach Carpark has been extended.

The ban was first introduced at the end of February 2020 after concerns were raised that the number of freedom campers staying in the car park was making it difficult for people to access parking for the busy surf lifesaving club, community hall and the beach.

In response to those concerns, Christchurch City Council Chief Executive Dawn Baxendale decided to use her powers under the 2015 Freedom Camping Bylaw to temporarily close the site to freedom camping.

Freedom campers cannot stay in the carpark from 7pm Friday to 7pm Sunday during the surf lifesaving season. Outside of those times, they can stay at the carpark for a maximum of two nights if they are in a certified, self-contained vehicles.

The temporary ban was initially intended to run through until 31 December 2020 but Mrs Baxendale has decided to extend it.

“Our monitoring shows the North Beach Carpark is still a popular spot for freedom campers. Over the summer months there is high demand from the community for car park spots and many people walk through the area to the beach.

“In order to meet the local community’s needs and to ensure safe beach access for all, I have decided to extend the temporary weekend ban on freedom camping until the bylaw review is completed later next year.

“A review of our Freedom Camping Bylaw, which has now been in place for five years, is under way. As part of the review process, staff will look at whether the temporary ban on freedom camping at the North Beach Carpark should be made permanent,’’ Mrs Baxendale says.

Camping and campervans in Christchurch and Akaroa.