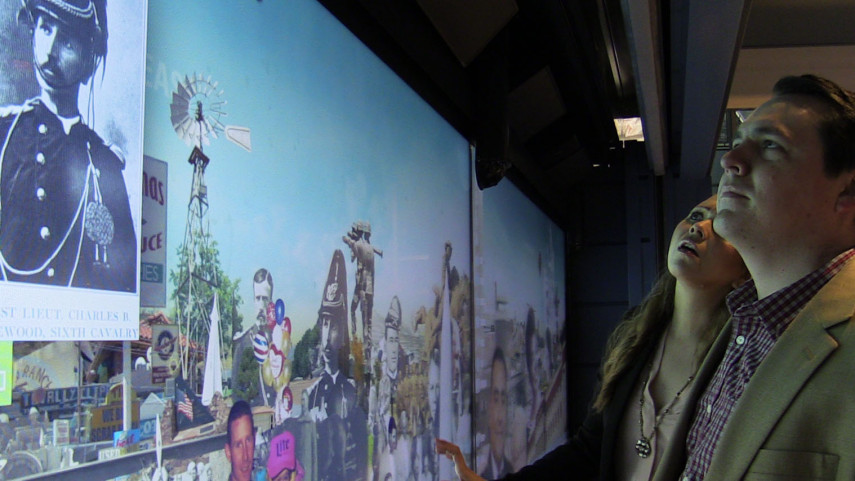 The biggest interactive “touch wall” in the country will be installed as the flagship technology feature inside Tūranga, Christchurch’s new central library.

The huge, high-tech wall — a touch-sensitive, digital representation of Christchurch, allowing users to swipe their way through a virtual world of information — will span seven metres and be installed between the library’s ground-floor entrances, ready for its scheduled opening in mid-2018. 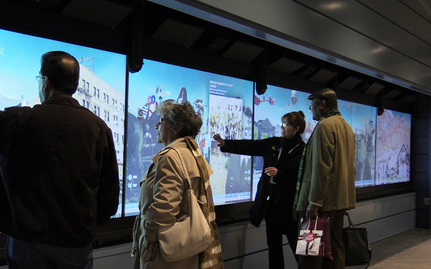 Visitors to Tūranga will be able to swipe their way through a virtual world of information.

Carolyn Robertson, Head of Libraries and Information, says the type and scale of the wall is a first in New Zealand, and it will become a valuable tool for learning and attracting new visitors to the 21st-century library.

“Navigating your way through the touch wall’s virtual world is interactive, immersive and exciting. It’s something that people can explore together, sharing the experience and learning along the way.

“People can even upload their own stories, photos and video, contributing directly to the library’s online heritage collection from their devices.”
Ms Robertson says the wall’s virtual “cityscape” will be set up in a way that is uniquely and intuitively Christchurch.

“It will be a big drawcard for visitors, allowing them to learn more about our city’s history and its future, in a fun and engaging way.

“A smaller, mobile touch wall will also be used for outreach to places such as schools, clubs and rest homes, taking the technology into communities and building on the good work and community service the libraries network already provides.”

The digital wall will be designed and installed by Wellington-based visitor-experience design company Gibson Group, who have completed similar projects in El Paso (Texas), Copenhagen and Cairo.

“We are excited to finally have the opportunity to deliver this Kiwi-made experience in New Zealand, especially for such a vital project for Christchurch,” says Brett Tompkins, Lead Producer and co-owner of Gibson Group.

The $92 million public library, which is being built on the corner of Cathedral Square and Gloucester Street, will be the largest in the South Island and a third larger than the city’s former earthquake-damaged central library.

As the flagship for the Christchurch City Libraries network, Tūranga will support 19 community, digital, and mobile libraries.