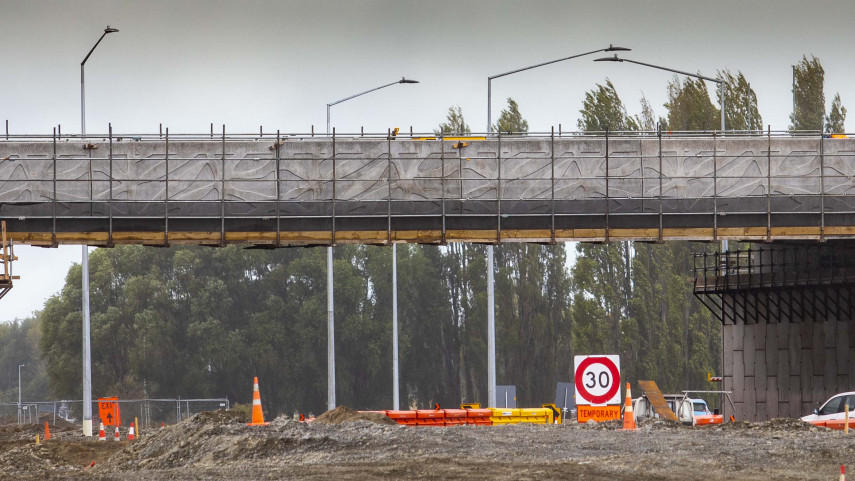 The opening of the new $290 million Christchurch Northern Corridor (CNC) motorway has been delayed until the end of this year.

The CNC was originally due to open in the middle of 2020 but the NZ Transport Agency today announced it needs more time to complete the motorway.

That is because the original scope of the project has been extended to include a third southbound lane on the Waimakariri River bridge and a clip-on cycleway.

It has also been discovered that longer ground settlement periods are needed on the motorway alignment across the greenfield areas through northern St Albans, Redwood and Belfast.

“A number of additions to this project as well as a re-evaluation of ground settlement times, mean that we need to allow more time for completion,” says NZTA Portfolio Manager Colin MacKay.

“The CNC Alliance expects to open the motorway from the Waimakariri River Bridge to Cranford Street, including the Tram Road and CNC carpool lanes, just before Christmas this year.’’

In the meantime the local road upgrades on QEII Drive and Cranford Street (north of Innes Road, including an upgrade to the Innes Road/ Cranford St intersection currently underway), plus the new bridges at Belfast Road, Radcliffe Road and Prestons Road are progressing well, Mr MacKay says.

“These local street upgrades will be completed in time for the motorway opening, which will also be helpful for the communities which have been most affected by the motorway construction.’’

Due to the longer ground settlement times, motorway sealing will now occur in spring/early summer, not autumn as originally planned.

The additional work for the carpool lanes and northern cycleway connections will be completed in parallel with the final sealing work for the motorway so they will all be ready to open at the same time.

“We thank everyone who is affected by this project for their patience as we ensure that we build a quality, long-lasting resilient road which will benefit greater Christchurch for many years,’’ Mr MacKay says.