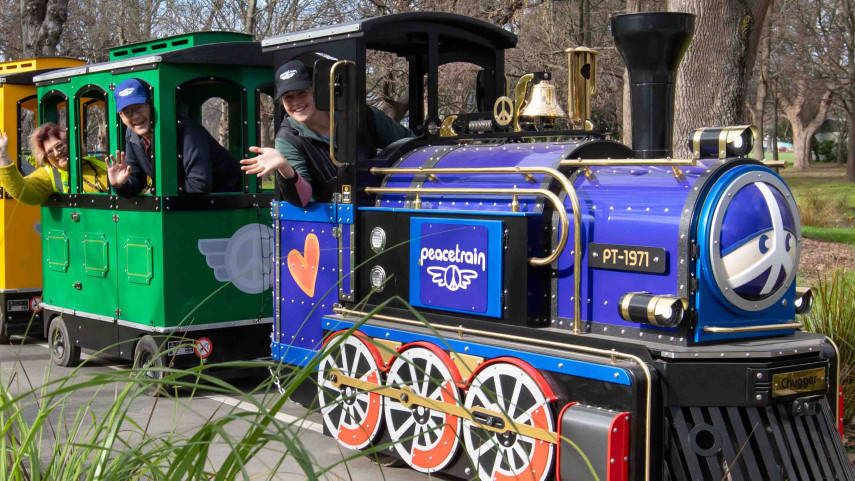 Christchurch’s Peace Train will be chugging off from a new location in the Botanic Gardens from this Sunday.

Since its first public running at the start of September, the Peace Train, gifted to Christchurch by Yusuf Islam, has been operating on a loop around South Hagley Park.

However, from Sunday 2 October - the first weekend of the school holidays - the Peace Train will move to the Botanic Gardens.

“We have received a bit of feedback from the public over the past month that they would prefer to have the Peace Train running in the Botanic Gardens because of the proximity to parking and other family attractions,’’ says Christchurch City Council Parks Programmes and Partnership Manager Kate Russell.

“We have taken that feedback on board and from the beginning of October the Peace Train will be operating on a short loop through the Botanic Gardens. People will be able to jump on the train by the old Tea Kiosk building, near the playground,’’ Ms Russell says.

The Peace Train is free to ride. It operates between 10am and 2pm on the first and third Sunday of each month, apart from June, July and August.