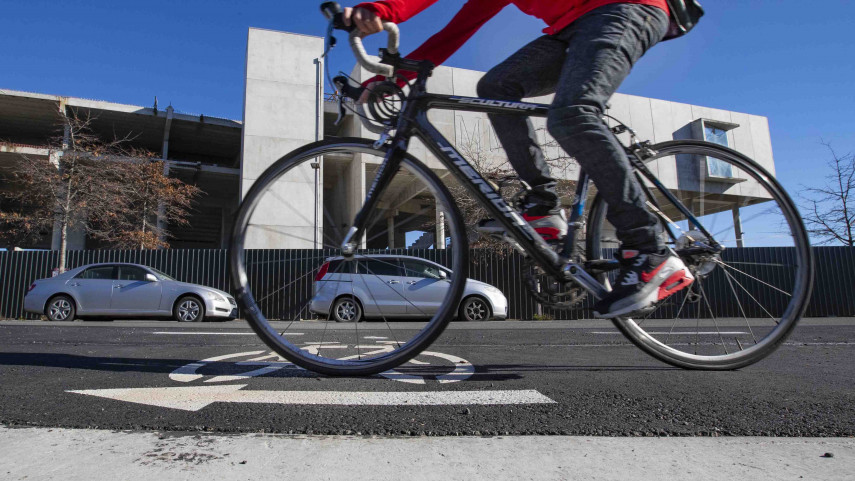 People are using their cars less and walking, biking or scooting more, the results of the Life in Christchurch Transport survey suggests.

The survey – one of a series Christchurch City Council conducts each year – questioned about 3500 people in July and August about their travel habits and the city’s transport network.

The findings show that while people are still heavily reliant on their cars, they are increasingly using alternative ways to get around.

“The proportion of people who say they are using their car less now compared to 12 months ago is 27 per cent – up from 19 per cent in 2018,’’ says Council Monitoring and Research Team Leader Kath Jamieson.

“More than 40 per cent of respondents say they bike more often now than they did a year ago while 21 per cent say they walk more often.

“The arrival of shared electric scooters in Christchurch has also impacted on the way people move around the city.

“Nineteen per cent of survey participants reported that they have used a rental e-scooter more than once a month in the past 12 months, while 2 per cent of those surveyed said they own their own e-scooter so it has become a popular alternative form of transport,’’ Ms Jamieson says.

The number of people using public transport is also on the rise.

“This year, for the first time, we asked participants if they had travelled by electric car more often than once a month over the past year. Nine per cent said they had,’’ Ms Jamieson says.

“The Life in Christchurch Transport survey shows the condition of our roads and footpaths continue to trouble people.

“Fifty-one per cent of the people surveyed said they were dissatisfied or very dissatisfied with the condition of Christchurch’s roads. Ongoing patch repairs to road, potholes and uneven road surfaces are the main reasons people gave for their dissatisfaction,’’ Ms Jamieson says.

“We know the condition of some of our roads and footpaths needs addressing and the Council has signalled its intention to use some of the $300 million in the Christchurch Regeneration Acceleration Facility for that purpose.

"An investment case has been prepared that seeks $25 million to $30 million funding for improving the safety and condition of more than 100 roads in several suburban areas of the city impacted by the earthquakes,’’ Ms Jamieson says.

Read the full findings of the survey.