Pick up five to support Mother of All Clean-Ups 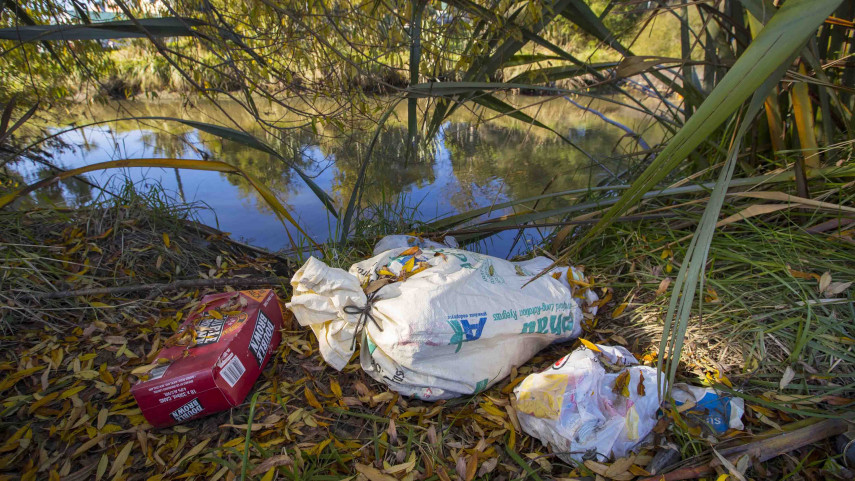 Christchurch residents can help clean up the city’s waterways on Saturday simply by picking up five pieces of rubbish while doing their usual weekend activities.

The organisers of Saturday’s annual Mother of All Clean-Ups are running a tandem campaign called High Five, I Can Pick Up Five to encourage people to pick up five pieces of rubbish from their neighbourhood.

“This will prevent it from entering the stormwater drains and eventually our waterways,’’ they say.

Even if only 5000 residents get involved in the campaign, it would stop 25,000 pieces of rubbish from potentially ending up in Christchurch’s waterways.

The Mother of All Clean-Ups is an annual event focused on cleaning up Christchurch’s beaches, streams and rivers. It is organised jointly by the Estuary Trust, the Avon/Ōtākaro River Network, the Ōpāwaho/Heathcote Network, Conservation Volunteers NZ, Cassells Tannery, Sustainable Coastlines NZ, and City Care.

About 1200 volunteers from 53 community groups are taking part in this year’s event. They will collect litter from allocated sections along the Avon and Heathcote rivers, the Estuary, Lyttelton Harbour basin and New Brighton beach.

The litter that the volunteers pick up over the course of the clean-up will be collected and disposed of by City Care.

Last year’s Mother of All Clean- Ups event resulted in 2.6 tonnes of rubbish being picked up. More than half of that litter was food and drink packaging.