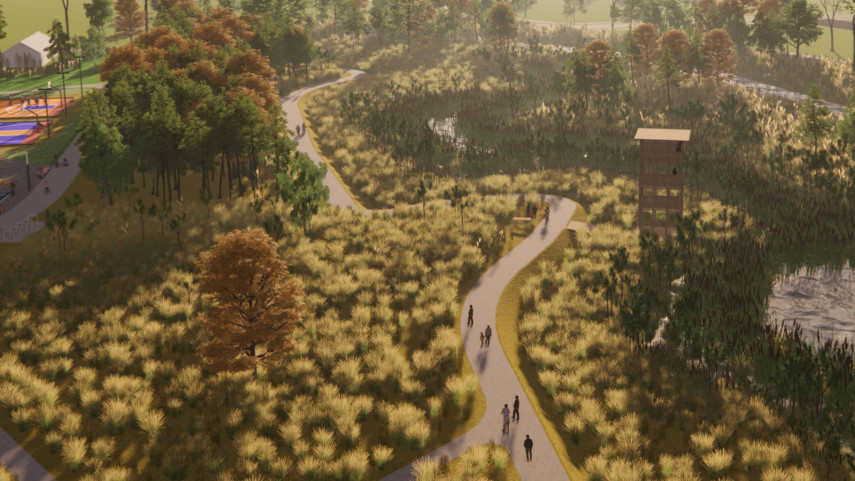 The wheels are in motion to progress a new City to Sea pathway that will connect the central city to New Brighton.

The eight-kilometre long, recreational shared-use pathway will start at Barbadoes Street and largely follow the course of the Ōtākaro Avon River through the regeneration area to the sea.

The project is estimated to cost between $22 million and $26 million.

“The route we’ve mapped out for the City to Sea pathway meets the Regeneration Plan’s objective of transforming the Ōtākaro Avon River Corridor into a destination for all,” says Christchurch City Council Head of Parks Andrew Rutledge.

“The road closures, if approved, wouldn’t happen until after construction starts on the pathway in 2023. We’ve started talking to the local community about the idea, which we believe will make the area quieter and safer for the communities, improve access to the new Snell St footbridge and potentially allow us to upgrade the Avon Park facilities in the future,’’ Mr Rutledge says.

Next month a report on some key decisions required to enable the City to Sea pathway will be presented to the Council.

As part of the same report, the Council will consider a proposal from Christchurch’s flatwater sports groups to straighten the course of the Ōtākaro Avon River north of Kerrs Reach.

Canterbury Rowing manager and flatwater sports spokesperson, Logan Keys, says the preliminary technical advice they’ve received indicates that adding a cut to the river and creating an island would improve the safety and capacity of flatwater sports groups who regularly use the river.

“We’re in dire need of a safe training space and the preliminary advice suggests this cut would improve the health and safety issues we face,” he says. “The advice also indicates that the island could establish an ecological sanctuary and improve the area’s īnanga spawning habitat.”

Mr Rutledge says the Regeneration Plan encourages looking at ways to increase the capacity of flatwater sports so these groups can use the river safely.

“The proposal meets several objectives of the Regeneration Plan, such as practising mahinga kai, regenerating nature and living with water. It’s still in its very early stages, but we’re keen to understand the full effects and benefits the proposal could provide for the community and the native flora and fauna.”

The Council is also in discussions with flatwater sports groups to relocate their on-land facilities to more suitable land directly across the river from their current base at Porritt Park.

The relocation would also enable the Council to repurpose the Porritt Park site for a future riverside landing.

The flatwater sports proposal is not related to a previous campaign for a 2.2km international rowing lake in the Ōtākaro Avon River Corridor Regeneration Area.