Planting days to bring workmates together 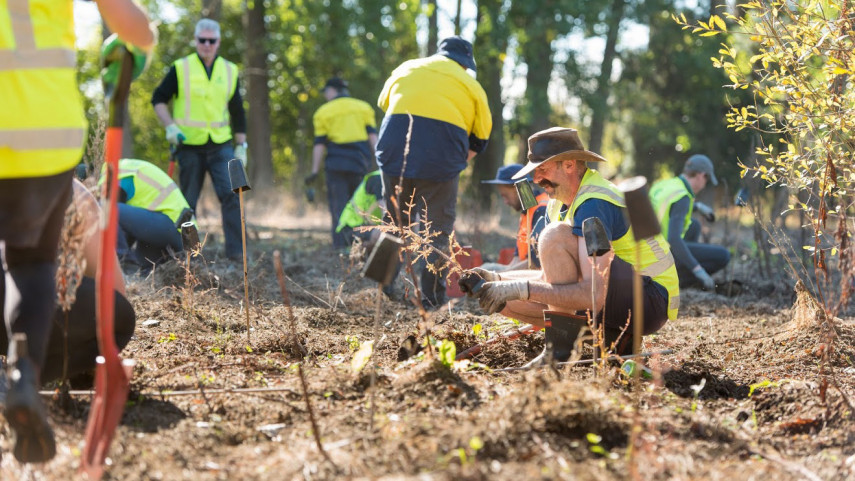 Grab your workmates, pop on a pair of gloves, pick up a spade and help plant thousands of trees to offset carbon emissions and mark World Environment and Arbor Day.

CVNZ’s Conservation Officer Donna Lusby said they’re also offering community planting days during the week for businesses and organisations to be part of creating a living legacy for the city.

“It’s a great chance for organisations to muck in and work together to plant a forest, with benefits for the team as well as  carbon off-setting and giving back to the environment,” Ms Lusby says.

”CVNZ have taken on the challenge of creating the largest group of kahikatea in Ōtautahi Christchurch since pre-European times,” she says.

“The kahikatea is Aotearoa’s tallest native tree and loves wetland areas. When mature, they will be a food source for kereru, bellbird and maybe one day, even tui,” she says.

The basin will be transformed over the next decade into a multi-purpose space, primarily providing stormwater retention services but also a space for recreation and biodiversity.

More than 7,000 of the native conifer have already been planted in the Basin to date, Ms Russell says.

The rest will be planted this season with three other public events planned in June, September and October.

The project is part of the Matariki Tu Rākau One Billion Trees programme, which was launched on 25 April 2018 to mark the 100-year anniversary of the end of the First World War.