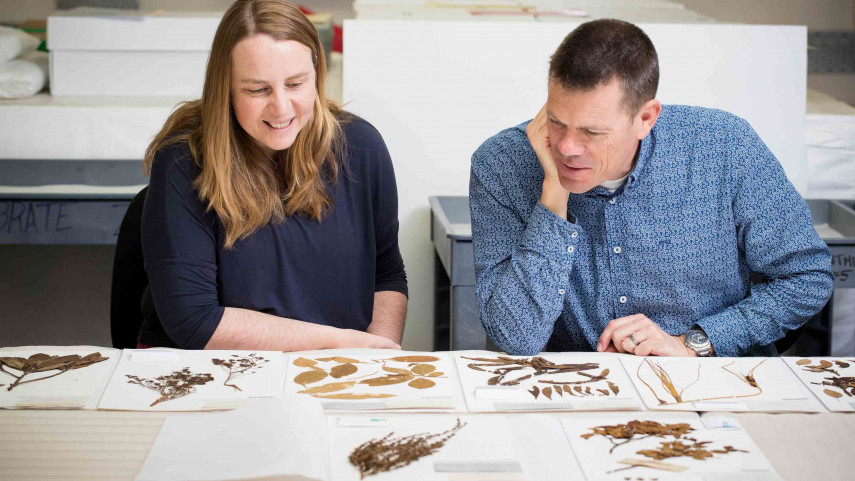 Plant samples gathered 250 years ago by the botanists on James Cook’s Endeavour expedition feature in a new exhibition at Canterbury Museum.

He Uru Hou: Our Native Plants, at the Canterbury Museum until 9 February 2020, brings together Māori and European ways of understanding Aotearoa New Zealand’s flora.

The plant specimens, on loan from the Allan Herbarium at Manaaki Whenua Landcare Research, were gathered in 1769 by Joseph Banks and Daniel Solander. They are the oldest of the herbarium’s 620,000 specimens.

Banks and Solander pressed the samples to preserve them. After the expedition returned to England, the plants formed the basis of Banks’ Primitiae Florae Novae Zelandiae (beginnings of a New Zealand flora).

He Uru Hou displays the plant samples alongside tools, clothing, musical instruments and other objects made by Māori from native plants.

These taonga illustrate the wide extent of Māori plant knowledge when the Endeavour arrived in 1769.

Exhibition Curator Cor Vink says it’s great that the 250-year-old plant samples were returned to New Zealand and that they still exist.

“Their samples are a reminder of a significant event in our history. We’re really grateful to Landcare Research for lending them to us,” he says.

“The East Polynesian ancestors of Māori had faced similar challenges to Banks and Solander when they arrived here 500 years earlier and encountered many new plant species.

“By the time the Endeavour arrived, Māori had extensive knowledge of and a wide range of uses, many of them quite ingenious, for our native plants.”