Playgrounds set to reopen on Thursday 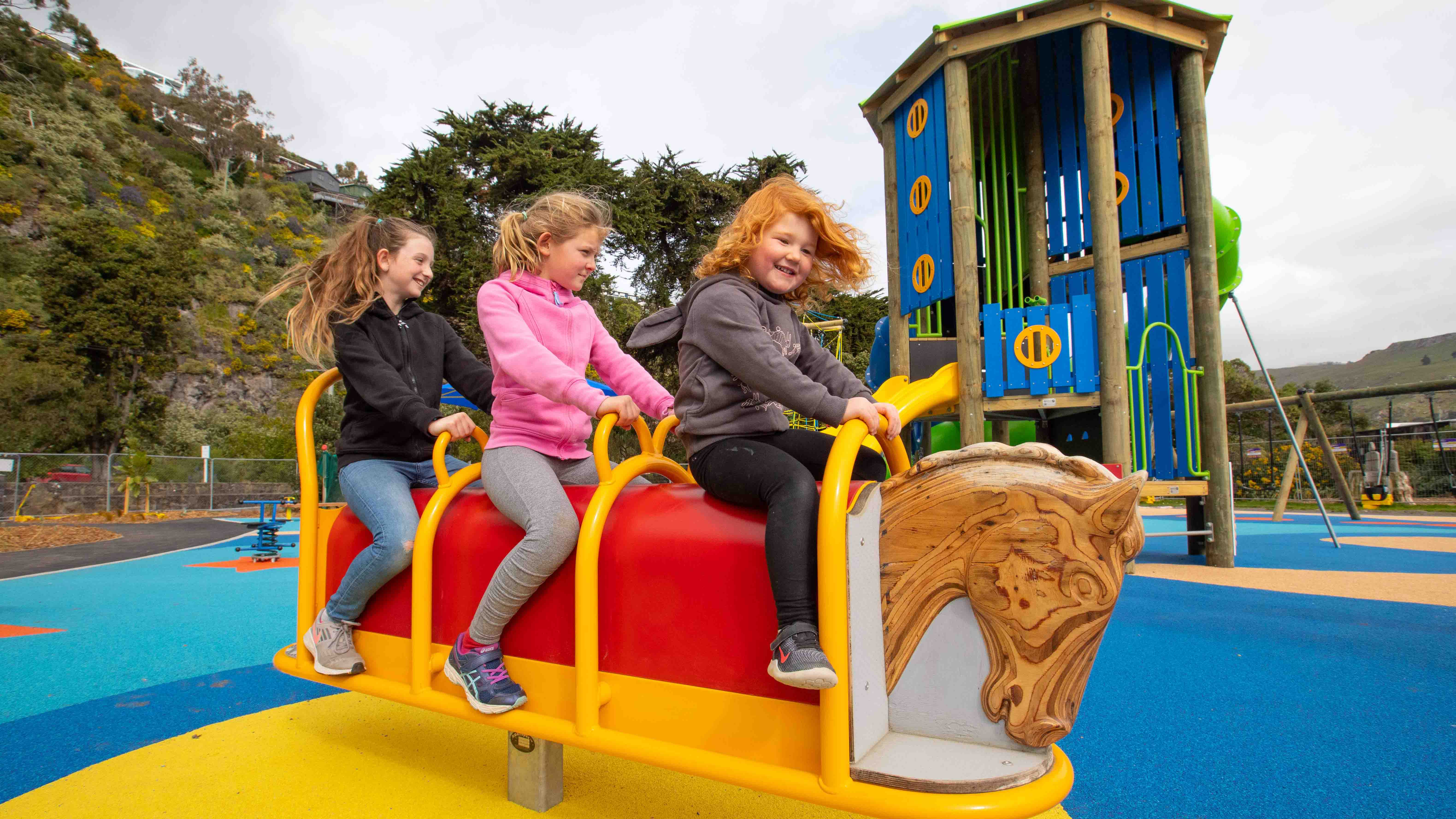 Kids will be able to burn-off excess energy at their local playground when the country moves to Alert Level 2 on Thursday.

Christchurch City Council is preparing to reopen all the city’s playgrounds, including the popular Margaret Mahy Playground in the central city.

“We know that families have missed being able to take kids to the local playground so I’m sure everyone will be thrilled to know the playgrounds are back in play under Level 2,’’ says Christchurch City Council Head of Parks Andrew Rutledge.

“The Government is recommending that when people are visiting parks and playgrounds that they maintain a two metre distance from other people and that they wash their hands before and after using any play or exercise equipment.

“We will be closely monitoring numbers at our most popular playgrounds and we will move to limit access to them if they become too crowded and physical distancing isn’t being maintained.

“We expect that after seven weeks of being largely stuck at home, there will be a lot of families wanting to visit places like the Margaret Mahy Playground.

“If everyone tries to go there in the first couple of days of Alert Level 2, it is going to cause problems so I would encourage people to think about making use of their local playgrounds in the first instance,’’ Mr Rutledge says.

“Please also bring your own hand sanitiser if you’re visiting playgrounds and use it before and after using equipment.”

All public toilets in parks will reopen under Alert Level 2, as will park visitor and information centres, including the Botanic Gardens Visitor Centre.

“All our parks and walking tracks will be open for the public to use but we just ask that people follow the Government’s guidance and maintain a two metre distance from other people,’’ Mr Rutledge says.

“Under Alert Level 2 parks maintenance will return to a normal level but we are still asking dog walkers to take their dog waste home and dispose of it in their red bin for normal kerbside collection.’’