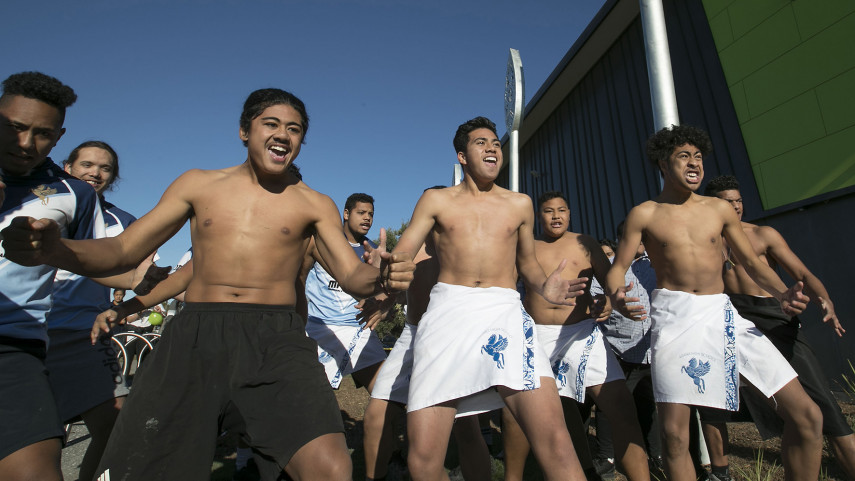 Rachael Fonotia remembers the feeling of excitement and optimism on the day the Aranui Wainoni Community Centre opened, with local school children singing waiata and a rousing haka performed in front of the impressive new building.

“It was a really amazing day and lots of people from the community were there. We had children from local primary schools involved and Aranui High School Academy students performed the haka. Mayor Lianne Dalziel and her late husband Rob Davidson cut the ribbon,” the Aranui Community Trust (ACTIS) Manager recalls.

The community centre, which Ms Fonotia has been involved with since its inception, opened in May 2016, and it was the first to be rebuilt by Christchurch City Council from scratch following the Canterbury earthquakes.

Constructed on the site of the demolished Aranui Wainoni Family Centre on Hampshire St, it has sports facilities, meeting and office spaces and indoor and outdoor stages.

The local community played an important role in the design and development of the $5.9 million centre.

“It’s a beautiful facility,” Ms Fonotia says. “It’s got a good feel to it. The Council and the community worked on it together and we ran the opening day together.

“Without it there would have been a massive gap. We needed a place for the community to gather and hold activities, meetings and celebrations. It was definitely needed and we’re very grateful that it was built.

“It’s an absolute upgrade for the community and there’s a real sense of pride in it. The artwork around the building, which has Pasifika, Maori and Celtic designs ingrained in the panels, is amazing and it was determined by the community.

“Anything that happens in the community should involve the community and we were able to have a say. There was full consultation with us on how it was designed.”

At the 2016 opening day Mayor Dalziel said the magnificent facility would be the “heart and soul” of the Aranui and Wainoni communities.

Lions Clubs International Foundation donated $450,000 towards building the centre and the Christchurch Earthquake Appeal Trust $1 million, including $500,000 from an anonymous donor.