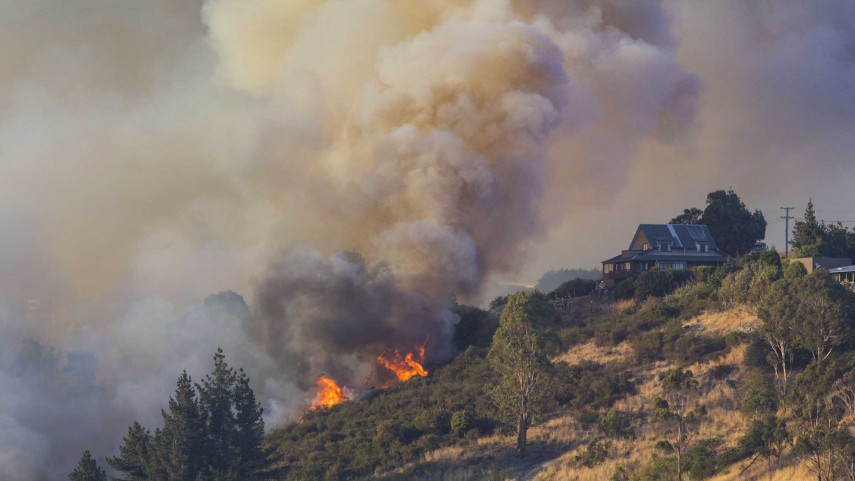 A renowned Australian psychologist who helped Cantabrians through the 2011 earthquakes has returned to the city to meet with those affected by February’s Port Hills fire.

Dr Rob Gordon, a clinical psychologist who specialises in disaster recovery, last night met with families affected by the Port Hills fire, with a message to plan their recovery and protect the most important aspects of their life – their relationships and their health.

Dr Gordon said Cantabrians were at risk of “cumulative stress” with no break between stressful events, and no time to reflect. “The people that are most deeply affected will close in on this problem because that’s what they have to do to get through, but they’ll feel a sense of despair and they’ll be thinking ‘what next?’.

“The broader community will be going through a mixture of overload – where they just switch off to the event because they didn’t have a personal connection and can’t relate, and then there will be the others, who maybe on the outer group of those affected and they will be struggling.”

Dr Gordon has more than 30 years first-hand experience working with people affected by emergencies and disasters, and has been brought back to the city by the New Zealand Red Cross. He was originally bought to New Zealand to support and meet families affected by the November 2016 Kaikoura earthquake, but while in the region met with residents affected by the fire.

Dr Gordon said there would be a wide range of emotional and psychological side-effects as a result of the fires, and warned city residents were at risk of “cumulative stress”.

“Cumulative stress is where you don’t get a chance to unwind. People have a tremendous capacity to adjust to a changing situation, but there are limits.

“It’s important that people don’t just go on with their lives. Right now it is very important to stop and think “What do I actually feel I need to do now?”. We make plans about life all the time, and the risk is that we carry on when we shouldn’t. We should stop and ask what we need at this moment. The most important thing is for people to stop and unwind.” Those suffering from post-fire stress were likely to be irritable, short-tempered, impatient, have difficulty remembering things, and insistent on controlling trivial details of their lives. Others suffering less obvious signs of stress may have fatigue, loss of energy, a declining immune system, and a general feeling that things that should be enjoyable are “just too hard”.

Dr Gordon said if you did know of people possibly affected by stress, try not to tell them they “look stressed”.

“Just invite them to talk, open up a conversation and help people to reflect on themselves.”

Find out more on ways to cope with stress at All Right?