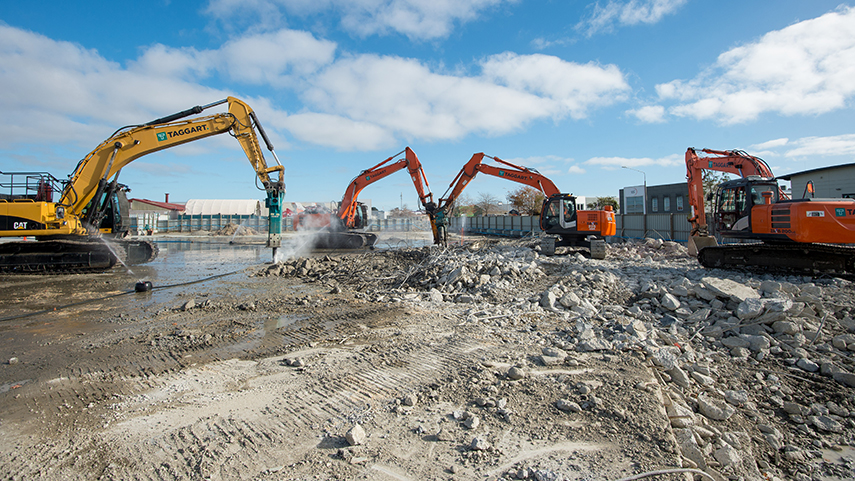 Work to transform Lancaster Park into an open, green, recreational space and community sports fields is in full swing.

The steel is being removed from the foundations and the remaining concrete broken up and buried in the outer site area. About 98 per cent of the steel will be recycled.

Excavation work is under way in preparation for relevelling the site. Later this year, about 55,000 cubic metres (about 4000 truck-and-trailer loads) of river-run gravel and top soil will be brought in to raise the area and create three irrigated sports fields, suitable for cricket in summer and rugby and football in winter. Grass will be sown in the spring.

Christchurch City Council Head of Parks Andrew Rutledge says there is great progress on the site.

“It’s exciting to see so much activity happening on the site, which each day is bringing us closer to returning Lancaster Park to the community,” he says. “The decision to turn the park into a greenspace and sports fields was made in response to community need, and we’re very much looking forward to it being used once again next year.”

TAGGART is undertaking the redevelopment work.

TAGGART Demolition Manager and Project Lead Mike Smart, who also worked on the demolition of Lancaster Park stadium, says it is satisfying to see the redevelopment of the site to benefit the community.

“We’re privileged to work on this prestigious project, which, when completed, can continue to be used for decades to come,” Mr Smart says.

This stage of the redevelopment will take about nine months at a cost of $3.6 million. Depending on weather and site conditions, the park is likely to be in use early next year.

Significant funding is proposed in the Draft Long Term Plan 2021–31, which will be signed off by Christchurch City Council in June this year, for the development of more community amenities on the park, such as a playground. Space will be allowed on the park for this future development to occur.

“The design process for the community facilities will commence in earnest once the greenspace is open and people have had a chance to use the space and bring ideas to the table on what to develop, and what priority should be given to these developments,” he says. 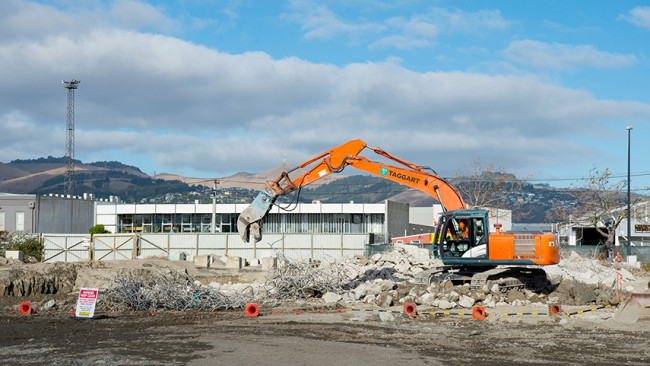