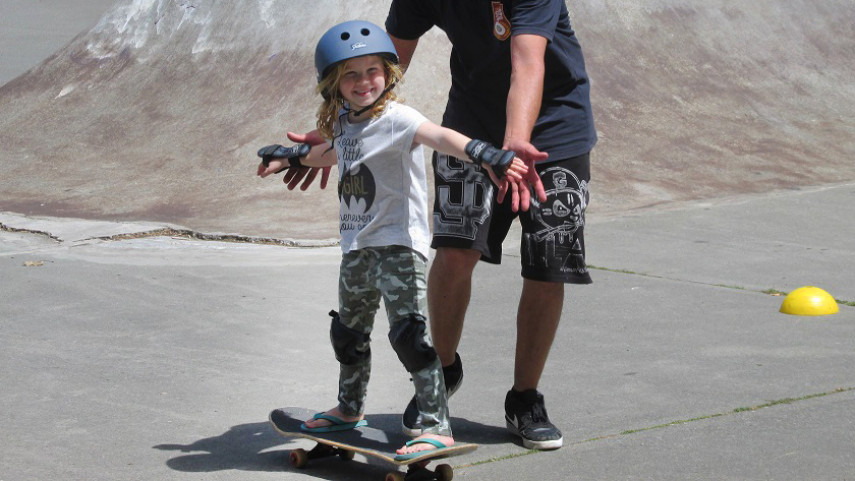 A plan to revitalise Bishopdale Park’s worn out skate area has been released for community feedback.

The current skate park on Leacroft St is one of the largest suburban skate areas in the city but it is in poor condition and nearing the end of its lifespan.

The goal of the Christchurch City Council-led upgrade is to make it suitable for beginner and intermediate skill level skaters.

Landscape designer Richard Smith of Rich Landscapes, who specialises in skate park design, was commissioned to come up with a concept landscape plan.

It includes skate features such as a pump bump, low pyramid, rollovers, and a jersey barrier blended into a rollover finger, as well as bench seating and a picnic table.

Existing concrete slabs would be resealed and the quarter pipe replaced with a granite ledge and smaller half pipe. The total area will increase from 1197 sqm to nearly 1300 sqm. By comparison, the Knights Stream Skate Park in Halswell is a little over 1000 sqm.

Members of the community have their chance to give feedback on the plan from today until Monday 9 December.  The Council is also seeking input from local schools, including Breens Intermediate, Isleworth School, Cotswold School and Bishopdale School.

Comments can be made online on the proposed design through Have Your Say.  Public information leaflets have been delivered to about 500 properties and key stakeholders.

There will also be an opportunity for people to chat with Council staff about the revamp plan at the Celebrate Bishopdale free family activities day on 24 November at Bishopdale Park between 11am and 2pm which this year will include Bishopdale Skate Jam, a have-a-go youth event held in the skate area.

Suggestions and ideas collected at the Bishopdale Skate Jam in December last year have already been incorporated into the proposed design.

Council Head of Parks Andrew Rutledge says the Bishopdale Park skate area is in need of improvements after many years of heavy use.

“Bishopdale Park is close to a number of schools and is very popular with local families. Improving the existing skate area will make it even more appealing to young people in the area and provide them with some good challenges.”

Community consultation on a proposed design for the Bays Area Skate and Scooter Park in Sumner is due to start in December and there will also be community engagement on the St Albans Skate Park extension early next year.