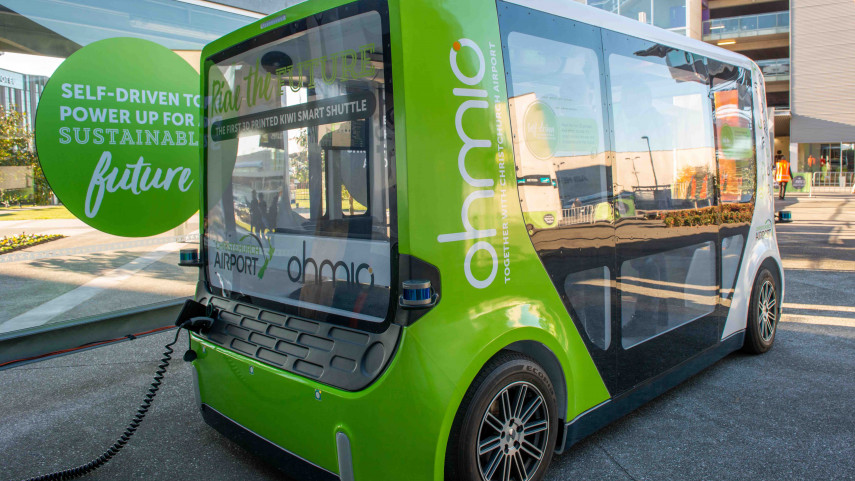 Want to be among the first to take a ride in a vehicle without a driver?

Then head to the Christchurch Botanic Gardens this weekend for a free ride in New Zealand’s first Smart Shuttle.

The Ohmio Lift shuttle is owned by Christchurch Airport and was developed in partnership with Ohmio Automotion Limited.

The shuttle has been undergoing testing on private roads around the airport but will get a public outing this weekend at the Christchurch Botanic Gardens.

Between 9.30am and 6.30pm Saturday and Sunday people will be able to take free rides on the shuttle from the old Tea Kiosk, next to the children’s paddling pools and playground.

“We believe the potential benefits of autonomous shuttles are exciting and are pleased to be able put the Smart Shuttle in the centre of the city to continue our learning about people’s interactions with an autonomous vehicle,’’ Mr Johns says.

“It’s an exciting time to ride the future, and we hope many of the city’s residents and visitors take the opportunity to take a ride without a driver.’’

Christchurch City Council has supported development of the driverless shuttle by giving Ohmio Automotion Ltd a grant of $50,000 from its Innovation and Sustainability Fund.

Ohmio is looking forward to demonstrating its innovative technology to Botanic Gardens visitors this weekend.

“We really appreciate the support and opportunity the Christchurch City Council has given us to showcase the great work we have been doing with Christchurch Airport,’’ says Mohammed Hikmet, Chairman of Ohmio Automotion.