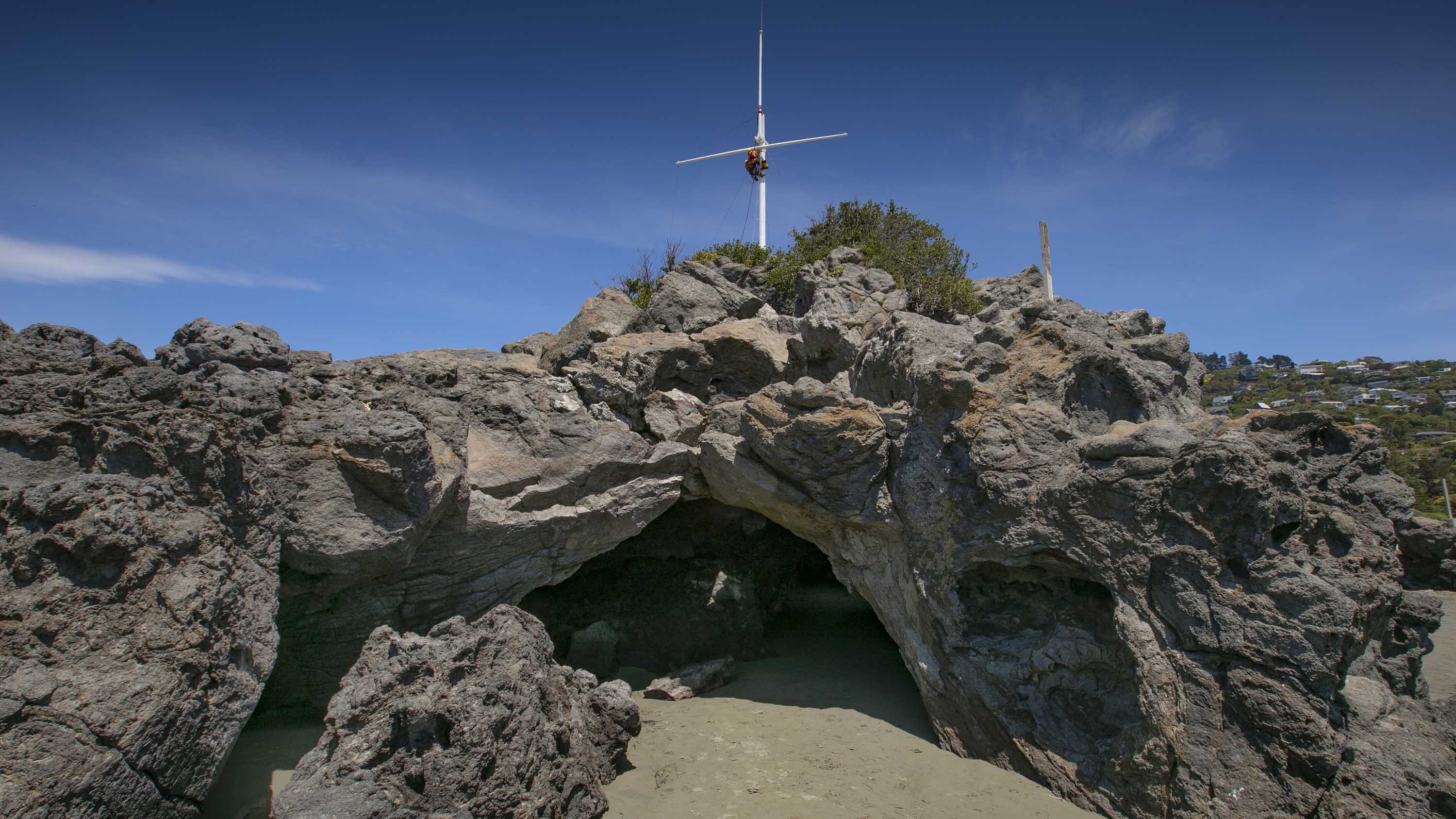 One of the entrances to Tuawera Cave Rock, on Sumner Beach, is being closed to the public because of the rockfall risk.

“We have recently noticed some rockfall around the smaller, northern entrance of Cave Rock so for safety reasons we have decided to close off that access point,’’ says Christchurch City Council Regional Parks Manager Kay Holder.

“If you are entering the cave, please move through quickly and don’t linger. Cave Rock is a natural rock formation that is naturally weathering which means we can’t completely eliminate the risk of rockfalls,’’ Ms Holder says.

Cave Rock, and the historic signal that sits atop it, both suffered significant damage in the earthquakes. Geotechnical work was subsequently done on Cave Rock to reduce the rockfall risk.

Ms Holder says more geotechnical work will be carried out over the coming months to determine the cause of the recent rockfalls at the northern entrance and to come up a long-term strategy.

“The fencing will remain in place until that work is completed.’’

In the meantime, the Council is also warning people not to try and clamber up Rapanui Shag Rock.

“Rapanui Shag Rock is subject to rock movement with natural weathering and shouldn’t be climbed on,’’ Ms Holder says.