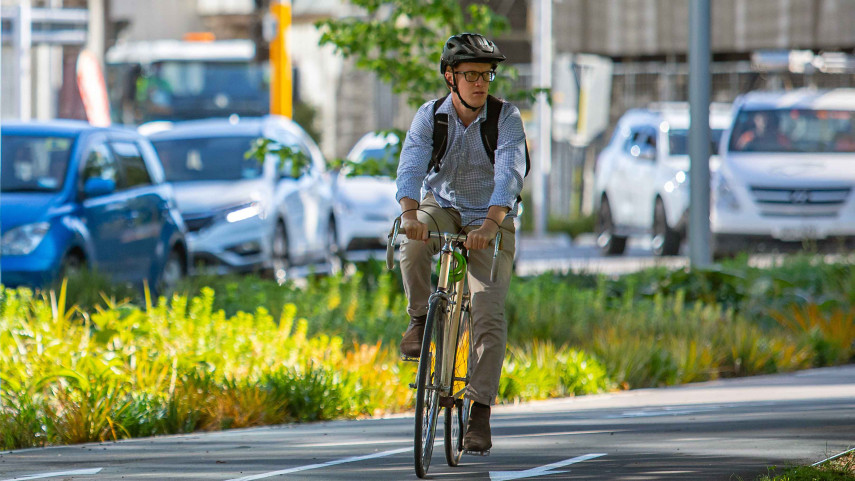 Making it safer for people to get where they want to go and improving the condition of roads and footpaths is at the heart of Christchurch’s transport spending over the next 10 years.

Christchurch City Council has committed to spending $1.45 billion on transport infrastructure as part of its 2021-31 Long Term Plan.

“We want safe and healthy communities and for people to get where they want to go safely, whether on foot, in a car, on a bike or a scooter,’’ says Urban Development and Transport Committee Chair, Councillor Mike Davidson.

“By 2031 we want to see at least 40 per cent fewer fatal and serious injury crashes on our road network than last year, so we have committed to a programme of works aimed at improving safety at our most high-risk sites.

Over the next 10 years, $931 million will also be spent on maintaining and renewing roads and footpaths in Christchurch and Banks Peninsula.

“We have heard clearly through the public submission process and through the results of our Residents’ Surveys that transport, in all its forms, remains a major priority for residents,’’ Cr Davidson says.

“The earthquakes took a big toll on our roads and footpaths and we’re still working to bring them up to the standard that residents expect. I’m pleased that in this LTP we’ve been able to commit $931 million towards this core work.’’

In the LTP the Council has also allocated $242.8 million in funding for cycling improvements, alongside the shovel-ready funding provided by the Government.

That funding will allow the Rapanui-Shag Rock, Northern Line, Nor’West Arc, South Express and Heathcote Expressway to be completed by 2024 and for work to be brought forward on the Wings to Wheels cycleway.

The final three major cycle routes – the Avon Ōtākaro Route, the Ōpāwaho River Route and the Southern Lights – will be constructed in stages between 2025and 2028.