Sea mine brings blast from war past to Akaroa Museum 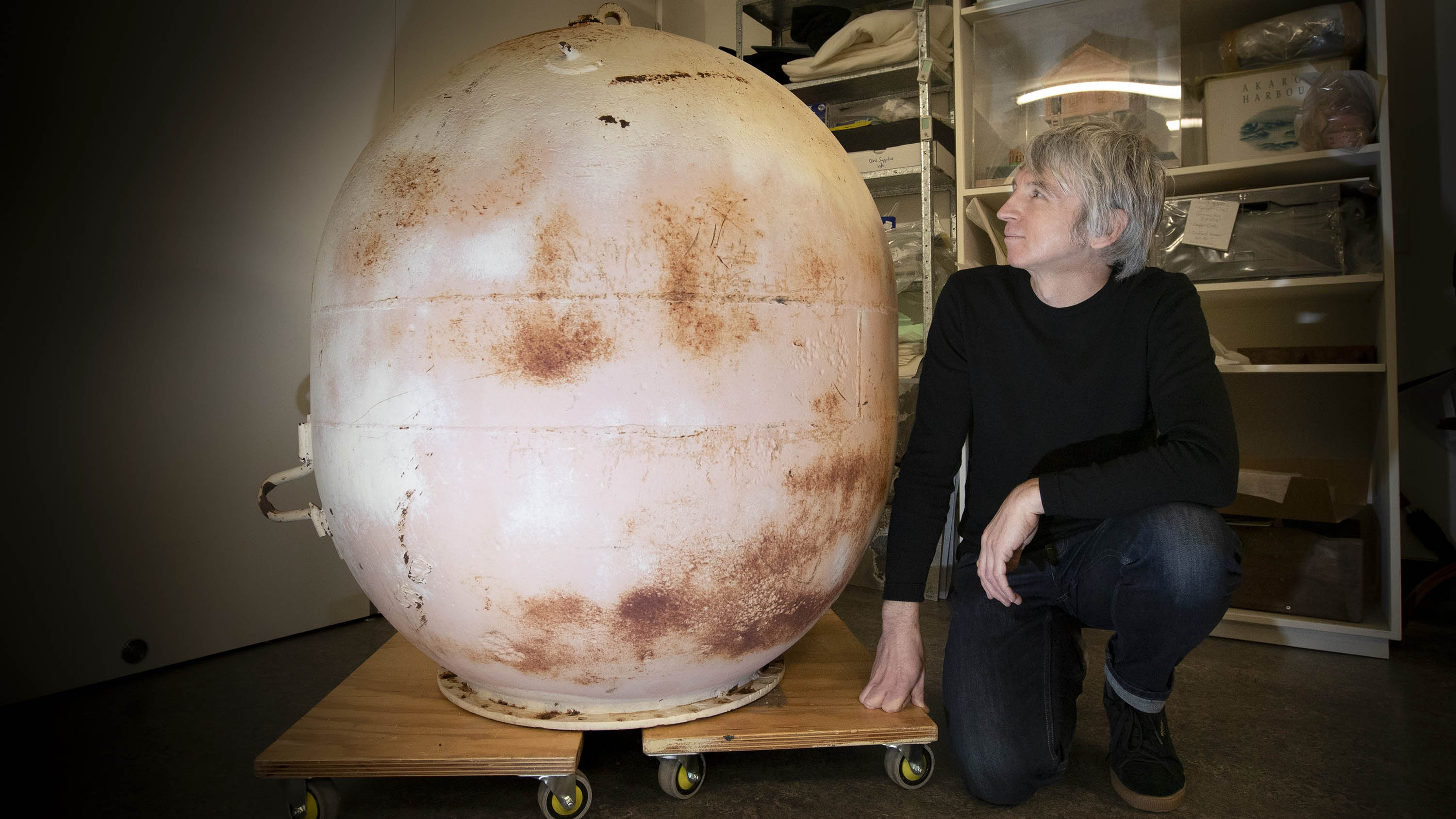 A World War II naval sea mine has “washed up” at Akaroa Museum.

After spending many years bobbing on the Waikato River as a buoy for a hydro scheme, the deactivated cast iron oval has found a new home, dropping into the museum collection in recognition of the local harbour’s defensive minefield history.

Akaroa Museum Director Lynda Wallace says the mine is the same as those laid across the harbour in January 1943.

“Akaroa was the only South Island harbour with mines,” Ms Wallace says.

“At the height of World War II, it was protected by a row of 64 mines, each containing 500lb of TNT.

“Known as J.L.8, the minefield was laid out in four loops of 16. Along with nearby infrastructure, it formed part of New Zealand’s strategic coastal defences during the war.”

The Navy could detonate the controlled mines from the shore base following any sighting of an enemy vessel – including a submarine – creeping into the harbour.

Costing £18,240 and completed in 1943, the Akaroa Battery included roads, a jetty, gun emplacements, searchlights and an accommodation block, along with the minefield.

“Today, you can still see the old depot – a large building across the harbour from Akaroa in Tikao Bay – built to store the sea mines,” Ms Wallace says.

However, the Akaroa minefield soon became a “white elephant”.

Just over a year after the minelayer Alsey and the base ship Atreus put down the field, the Defence Department downgraded the threat of an invasion by sea and ordered the Navy to blow up the mines.

“Some older Akaroa residents can still recall the huge explosions that echoed around the harbour on 21 February, 1944,” Ms Wallace says.

“All but two of the mines were detonated. However, the Navy concluded that those mines had probably flooded and would not pose a risk to shipping. Just a few years later, a fishing boat working off the heads of Akaroa Harbour reported a floating mine. It was soon sunk by the Navy offshore.”

Ms Wallace says the sea mine is being stored behind the scenes in readiness for a new museum exhibition that will capture the story for new generations.

* Museum Collections Manager Daniel Smith with the naval sea mine.