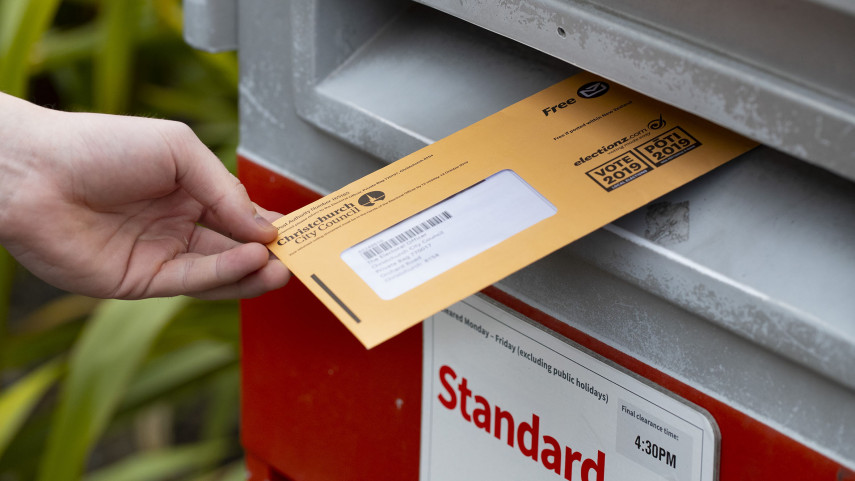 Nominations for the by-election, which has been triggered by the resignation of James Daniels as Coastal ward Councillor, closed at midday Thursday.

“The number of candidates is great news for the Coastal community – more people in the race allows for lots of issues to be highlighted and a range of views for people to vote for,” says Electoral Officer Jo Daly.

The by-election is being conducted by postal vote under the First Past the Post voting system. Voting documents will be sent out to enrolled voters in the Coastal ward from Thursday 16 September.

Voting will close at midday on 8 October.

“Once you get your voting documents in the post, you can vote straight away,” Ms Daly says.

“Every pack comes with candidate profile statements to help you make your decision, as well as a Freepost envelope to send it back to us in.

“If you don’t get your papers, it may mean you aren’t on the Coastal ward electoral roll, but if you want to have a say in who’ll be representing your Coastal community on the Council, you can still enrol right up to 7 October – it just means you need to cast a special vote.”

All you need to do is:

More information about the Coastal ward by-election is available at ccc.govt.nz/elections.