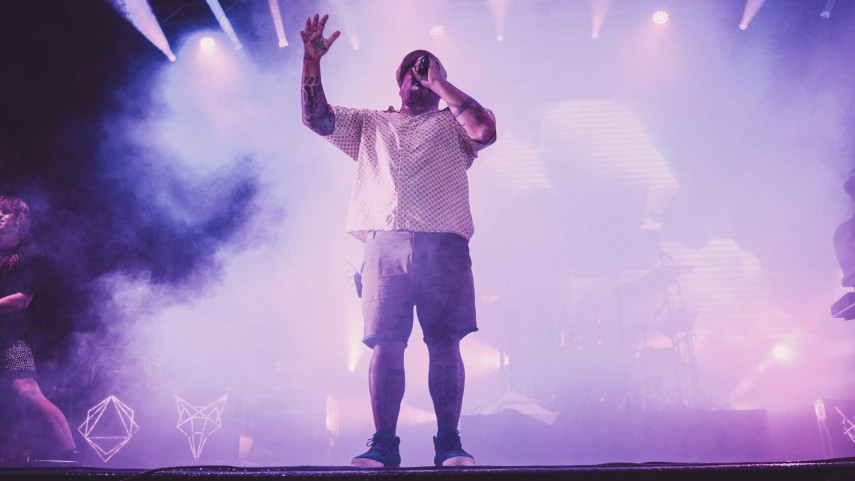 A melding of classical tastes and live drum and bass is the opening act for the Christchurch Town Hall.

Nearly 13 years after their “world-colliding” collaboration at the same venue, Shapeshifter will again power up with the Christchurch Symphony Orchestra (CSO) on Friday, 1 March.

Shapeshifter member Nick Robinson says the Christchurch band is looking forward to returning to one of its most loved venues this week. Shapeshifter will share the spotlight with the CSO on Friday night.

“It will be an honour to return and reopen the Christchurch Town Hall with the CSO. It is – and always will be – one of our favourite venues in the world,” the bass and keyboard player says.

“I can’t wait to share what’s going to be a memorable night with the people of my hometown.”

“Ha – busted! Yes, I was there in 2006 and it was a brilliant night – loved every minute of it,” the former orchestra clarinettist says.

Ms La Roche says “a handful of players” from the 2006 concert will again join Shapeshifter on stage on Friday.

“However, the material that the CSO will be playing has all been arranged specifically for this night,” she says.

“We feel very honoured that our two performances on 1 and 2 of March will be the first ticketed concerts in the Town Hall.”

The orchestra will present a concert in the Masterworks Series, titled Phoenix, on Saturday night.

“We’re really excited to be performing once again in a hall that holds so many special memories for people, not to mention introducing new audiences to the amazing acoustics of the Douglas Lilburn Auditorium,” she says.

“It’s a privilege for the orchestra to continue to add to the performance history of the Town Hall and to connect with the people of Christchurch through music.”

Ms La Roche says it has been a challenging post-earthquake journey for the CSO.

“It’s certainly been interesting but mostly we’re just grateful to all of our audiences that have continued to come and support us as we’ve performed in various venues across the city,” she says.

“We’re really proud to be the Orchestra in Residence of the Christchurch Town Hall.

“Our full operation (administration and orchestra) will relocate to our new, purpose-built facility attached to the Town Hall as soon as it’s completed in May.

“This will be the first time the CSO has had its own dedicated home, something we’ve been fundraising for over many years, so this will be a big moment for us.” The Christchurch Symphony Orchestra will strike the opening chord.