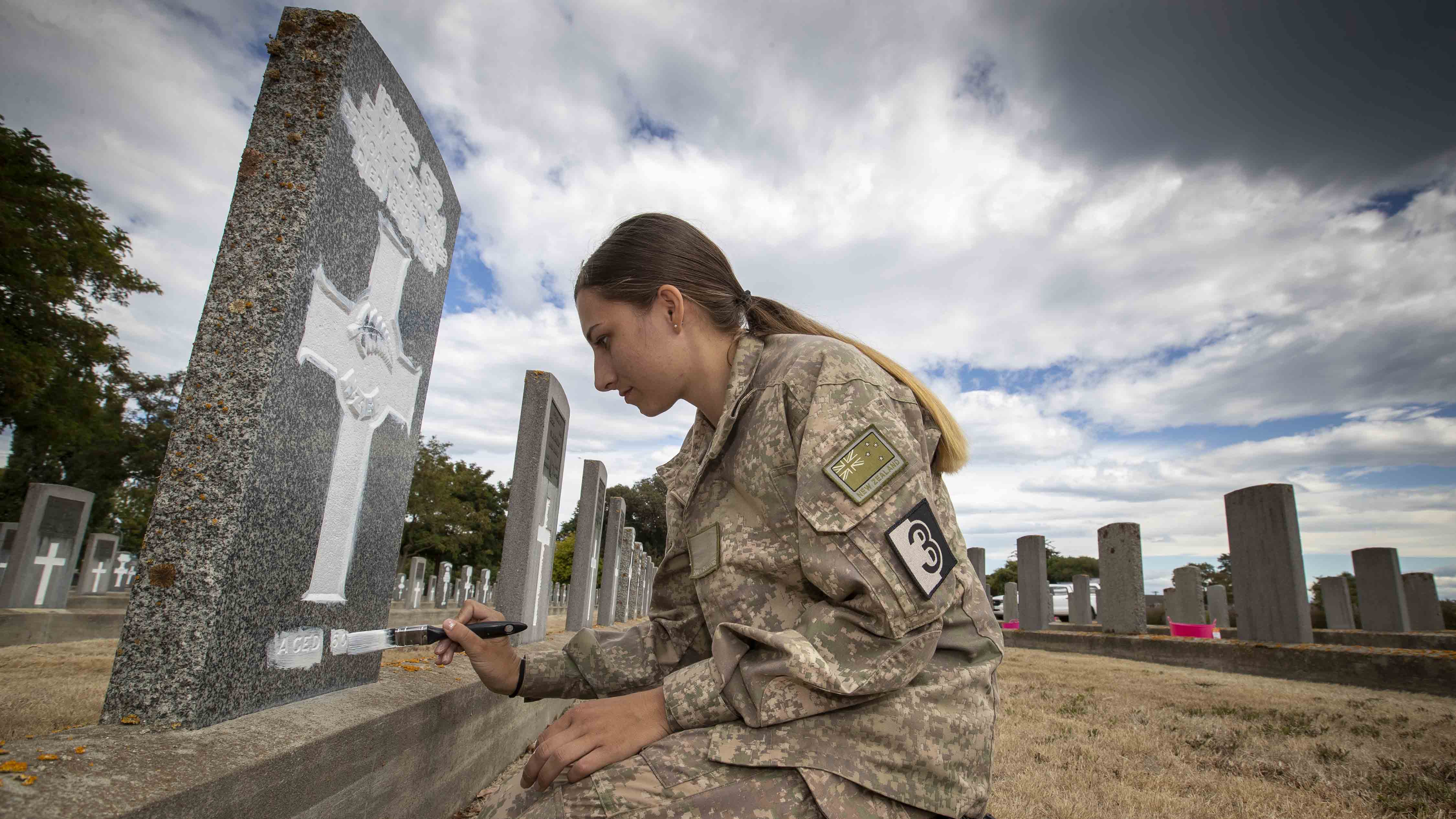 Names carved into granite decades ago will stand out clearly again after soldiers, volunteers and veterans joined forces to restore headstones in the services area at Bromley Cemetery.

Before the COVID-19 crisis, about 30 soldiers from the New Zealand Army joined a working bee to clean and repaint the graves of former servicemen and women in preparation for Anzac Day commemorations on 25 April.

Several hundred granite headstones that were covered in moss and lichen and with almost illegible lettering have now been cleaned and repainted so the names of the soldiers can be seen clearly in crisp, white lettering.

"This has a special importance for us and we want to do our part to look after and respect the graves of these people who have served their country.

"The work completed is just a small boost in the ongoing restoration of returned service person headstones around the country."

RSA Canterbury District President Stan Hansen says it's fantastic to see the graves being looked after. "We hold our ex-service personnel in very high regard. They're the ones that forged the way for our freedom and we've got to respect that.

"They deserve dignity in their resting place, and that's why we're so pleased to see this happening."

Christchurch City Council Head of Parks Andrew Rutledge says the restoration effort was about honouring the service of the soldiers buried in the Bromley Cemetery.

“Anzac Day services aren’t going ahead this year because of COVID-19 but at least we have been able to honour, in a small way, the sacrifice that our fallen servicemen and women made by helping to facilitate the restoration of some of their headstones.’’