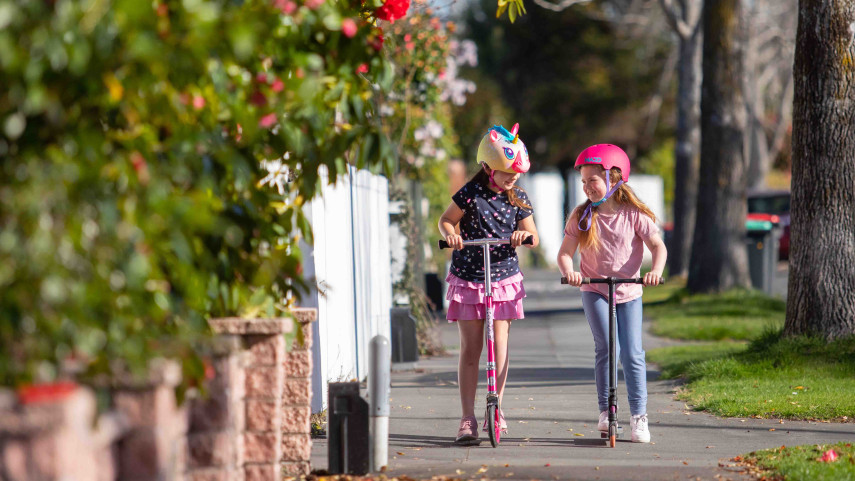 Some safe speed neighbourhood zones are having their proposed speed limits reduced further, and other zones are being added as a result of community feedback.

Consultation for the Safe Speed Neighbourhood programme started on 10 October 2022.

“While monitoring community feedback we noticed some patterns of communities that wanted further reductions in their speeds, and others that wanted to be included,” Transport Operations Manager Stephen Wright says.

In response to community feedback, additional safe speed areas have been added to several suburbs across the city. The Council want to hear from people in these areas to makes sure they have the zones right.

“Proactively monitoring and making changes throughout the consultation period means that the community don’t have to go through another consultation and have the safer speed changes that they want delayed.”

“We’re keen to hear from more people in the community, so we’ve extended the consultation period to 3 January 2023” he says.

Council is proposing that many local neighbourhood streets, particularly those around schools, have speed reductions to 30km/h. On the city’s busier roads such as Riccarton Road and Papanui Road, the Council proposes to use variable 30km/h speed limits that will operate during school start and finish times only.

Other streets within Christchurch and Banks Peninsula see proposed speed reductions to 40km/h and 60km/h.

When everyone travels a bit slower, people feel safer to use the street and walk, scoot or bike to parks, schools and local shops.

“Unfortunately, we’ve been unable to respond to all requests due to limited budgets and some streets requiring additional traffic calming features to bring speeds down. Feedback on areas not included in this round of consultation will assist us in prioritising speed reductions going forward,” Mr Wright says.

The current consultation has planned changes for the next two to three years. However, a 10-year plan is being developed for short and long-term speed changes.

These changes are reflected on the webpage and interactive map here.