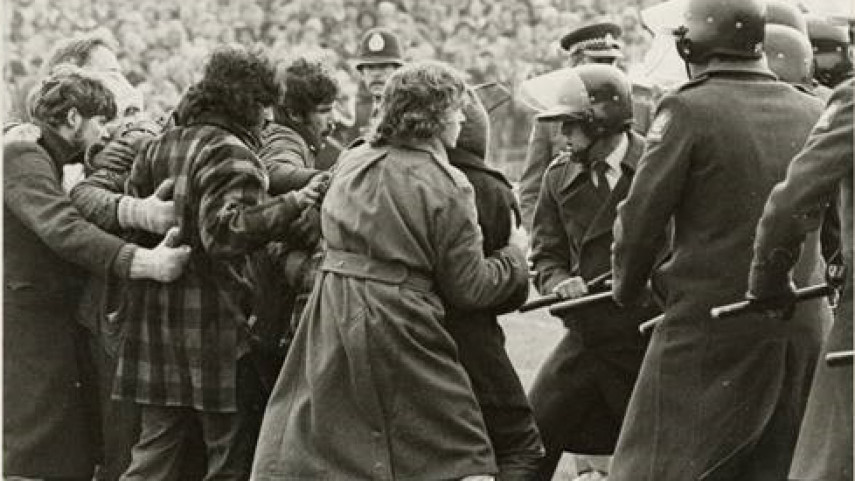 This month is the anniversary of the divisive and controversial 1981 Springbok tour and Christchurch City Libraries want those who were at the protests to share their memories.

The South African team arrived in Auckland on 19 July to a country deeply divided about whether the tour should have gone ahead.

Protests had been ongoing in the months leading up to the team’s arrival –including one in Cathedral Square on 4 July - as anti-tour activists tried to prevent the Springboks from coming to New Zealand.

Photographs from that and others that took place in Christchurch are collected in Canterbury Stories, Christchurch City Libraries’ digital archives collection.

“They capture the passion and anger of the protestors - but most of the faces and the stories behind remain untold,” says Head of Libraries and Information Carolyn Robertson.

“We are very keen for people with any information or stories about those images to share with us through the comments section on the site.

“We’re also encouraging anyone with their own images who would like to contribute them to the collection to do so,” she says.

South Africa at that time was operating under the Apartheid system of racial segregation and discrimination and many New Zealanders believed playing sport with them effectively condoned a racist regime.

Anti-tour protests continued throughout the 56 days that the Springboks remained in the country.

The first game of the tour against Poverty Bay in Gisborne on 22 July resulted in the ‘Day of Shame’ protests throughout the nation while three days later hundreds of protestors stormed the field at Hamilton’s Rugby Park, leading to the game’s cancellation.

In Christchurch protests escalated on the day of the first test match against the All Blacks at Lancaster Park on 15 August.

As well as the Canterbury Stories collection, images from the tour - many of them taken by the Christchurch Star newspaper - can be viewed on digital exhibition screens at a number of Christchurch libraries until 26 September.